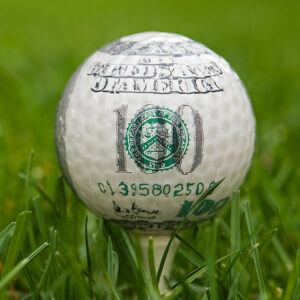 When some of professional golf’s biggest names left the PGA Tour to join the more lucrative LIV Golf, it created headlines.

Now the PGA’s treatment of those players is creating litigation. And an ongoing federal investigation.

The Department of Justice (DOJ) has launched an investigation into the PGA Tour over allegations of anticompetitive behavior. And the tour, which once held an unchallenged monopoly in professional golf, may find it is running afoul of rules for the new “gig-economy” labor market.

The Wall Street Journal broke the story that players’ agents have received inquiries from the DOJ’s antitrust investigators regarding the tour’s bylaws and how the PGA is treating pros who chose to play in the PGA’s actions as many players leave for the Saudi-backed LIV Golf tour.

The list of golfers who have left the PGA includes Phil Mickelson, Bryson DeChambeau, and Dustin Johnson. And just days after he won the British Open, rumors are swirling that Cameron Smith might join them, along with Ryder Cup captain Henrik Stenson.

The PGA has banned and fined players for joining the Saudi tour. According to PGA Tour Commissioner Jay Monahan, “their participation in the Saudi Golf League/LIV Golf event is in violation of our Tournament Regulations. The same fate holds true for any other players who participate in future Saudi Golf League events in violation of our regulations.”

Monahan said the “players have made their choice for their own financial-based reasons. But they can’t demand the same PGA TOUR membership benefits, considerations, opportunities and platform as you. That expectation disrespects you, our fans and our partners.”

LIV Golf Commissioner Greg Norman responded in a recent interview. “We haven’t done anything other than putting together a business model and giving independent contractors a right to earn a living doing something else, as well as still being a member of the PGA Tour.”

John Lauro, a Florida attorney who said he might represent the golfers if they litigate, said the PGA’s stance is wrong because the workplace is changing. “This a very problematic policy,” he told InsideSources.

The latest battle is more than a millionaires’ moneybrawl. It could portent legal battles in many American workplaces. When is the worker a freelancer and when is he an employee?

For the PGA to win in any potential litigation, Lauro adds, it would have to prove “some sort of compelling business interest that would support a restriction of this type.” That would mean the worker had received some kind of special training or had intimate knowledge that could be given to competitors. Lauro says “naked restrictions” would likely violate federal anti-trust statutes.

Still, PGA spokeswoman Laura Neal told InsideSources the controversy “was not unexpected. We went through this in 1994 and we are confident in a similar outcome.” In the 1990s, the PGA Tour resolved similar problems with the Federal Trade Commission.

Now the DOJ is asking questions of the suspended golfers’ agents. Justice Department spokesmen won’t confirm it but PGA officials say the government is involved. Lauro contends “the Justice Department is firing a warning shot across the bow of the PGA.”

And, says antitrust attorney Luke Hasskamp, the Feds could make a much bigger issue out of this base if they choose.

“Any time a dominant market player takes aggressive steps in the face of competition, that can catch people’s attention, especially those attuned to antitrust issues,” Hasskamp said. “The reality is true for the PGA Tour and its response to reports of efforts to launch a competing league.”

Hasskamp, who writes for the blog “Antitrust Attorney,” told InsideSources he believes the most likely antitrust challenge would be based on Section II of the Sherman AntiTtrust Act of 1880. It prohibits “monopolization or attempts to monopolize trade in the United States.”

Is there a PGA defense?

A former DOJ antitrust attorney speaking on background told InsideSources the PGA might argue “professional golf has never been a team sport based in a specific city with home stadiums. Instead the PGA is about promoting an affiliation” of individual golfers.”

“Frankly, given all the pressing concerns facing most Americans today, the allocation of DOJ resources to the potential PGA antitrust activity seems a colossal waste; however, I appreciate that from DOJ’s perspective they may feel political pressure to open up an inquiry,” the attorney said.

Texas Sen. John Cornyn is not happy about the PGA’s treatment.

“I am concerned about whether members of the Department of Justice’s Antitrust Division, or any other member of your administration, were involved in the investigation recently being made public,” the Republican wrote to President Joe Biden. “I also have questions about whether your administration had any contact with the Saudi-Arabian government about the investigation, either before it opened or afterward.”

A White House spokesman did not respond.

Former President Donald Trump, however, encouraged the players to “take the money now.”

“All of those golfers that remain ‘loyal’ to the very disloyal PGA, in all of its different forms, will pay a big price when the inevitable MERGER with LIV comes, and you get nothing but a big ‘thank you’ from PGA officials who are making millions of dollars a year,” Trump wrote on Truth Social.

Trump told golfers they should join the controversial Saudi-backed our. The next LIV Golf Invitational Series event is scheduled for Trump National Golf Bedminster later this month.