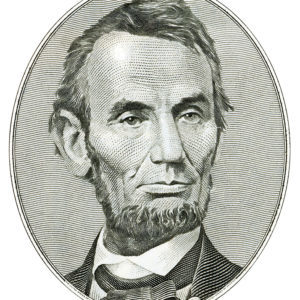 On November 19, 1863, when Abraham Lincoln stood up to deliver brief remarks at a hillside cemetery in Gettysburg, Pennsylvania, no one expected it to be the greatest speech ever given on American soil.

Today that speech is more important for our nation than ever.

As I recount in my novel, Old Abe, the occasion for speech was the dedication of a new cemetery established to hold the remains of soldiers killed four and a half months earlier in the most cataclysmic battle the country had known.

Lincoln wanted to use that occasion to remind the Northern people of the true meaning of the Civil War. He wanted to tell them why it was necessary for the horrible fighting to go on.

Take a moment to read that great address on Thursday, its 157th anniversary. It is only 272 words long. It took Lincoln only two minutes or so to deliver. It will take you less time to read it.

He began with those immortal words: “Four score and seven years ago.” That’s 87 years. Subtract 87 from the year 1863, and you get 1776, the year of the Declaration of Independence, Lincoln’s favorite founding document.

In the Gettysburg Address, Lincoln talked of a nation “conceived in liberty and dedicated to the proposition that all men are created equal.” That’s practically straight out of the Declaration.

Lincoln was fiercely dedicated to the principles in the Declaration of Independence — that we are all created equal and endowed by our Creator with the right to life, liberty and the pursuit of happiness.

In his speech, Lincoln redefined the war from a fight for the Union to a fight for both Union and freedom for millions of slaves. He called for a rededication to our founding principles — as he put it, a “new birth of freedom.”

For Lincoln, the implications of the war went even further than freeing American slaves, farther than the United States.

He knew that in 1863, the country was still less than 100 years old. The idea of democracy was still very much an unproven experiment, and it was being put to a hard test.

Lincoln also knew that for most of history, the vast majority of people had lived without much freedom, under the thumbs of kings, emperors and tyrants.

The world had been waiting for centuries for a country like the United States, a country conceived in liberty and dedicated to the proposition that all are created equal. The eyes of the world were on America and its war, waiting to see what would happen.

Lincoln understood that if the Union fell apart and the fight for freedom failed — if the idea of self-government turned out to be only a theory that dissolved into civil war — it would doom the hopes of freedom-yearning people around the world.

That’s why, at the end of his address, Lincoln said the war must go on to ensure that “government of the people, by the people, for the people, shall not perish from the earth.”

We Americans are living in what may be the most divided time since the Civil War. That’s precisely why Lincoln’s magnificent speech and his call for the nation to live up to its founding principles speak to us so profoundly today.

Lincoln knew that those founding principles are what make Americans one people. They are the glue that holds us together. He knew that as long as we dedicate ourselves to those principles, we can long endure — all together — as a great nation.

That’s why he fought for those principles to his dying breath.