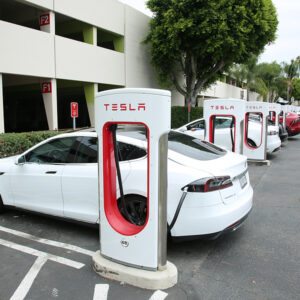 LIEBERMAN: Why So Many Subsidies For Electric Vehicles?

If electric vehicles (EVs) are as fantastic as claimed, why do they need so many government handouts?

Proponents of EVs are increasingly using the “I” word – inevitability. They say EVs make too much sense for consumers, not to mention the planet, for it to be any other way. They insist today’s EVs are already good, rapidly improving, and getting cheaper. The fact that even stodgy-old General Motors is promising an all-electric product line by 2035 only adds to the drumbeat that an unstoppable shift away from gasoline-powered vehicles is underway.

Yet EV buyers get an avalanche of incentives that would seem unnecessary for such a sure thing.  This includes a federal tax credit of up to $7,500 towards the purchase price of a new EV, as well as several state rebates worth thousands more. There are also incentives for home EV charging systems.

Pennsylvania offers a $750 rebate on EV purchases, plus another $1,000 to buyers who meet the state’s low-income requirements.

California’s incentives are the most generous, and indeed half the EVs are registered there. But other states, especially those in the Northeast, also chip in both for the vehicle and for the charging infrastructure.

EVs also benefit by being exempt from many costs that gasoline vehicle owners have to pay.  For example, an18.4 cents per gallon federal tax on gasoline helps fund construction and upkeep of interstate highways, and state and local taxes averaging an additional 30 cents per gallon go towards other roads. In contrast, EV owners drive on the same roads but pay no comparable electricity tax.

Washington has signaled that it wants to sweeten the pot for EV owners while tightening the screws on the gasoline-powered competition. President Biden has taken initial steps to re-impose strict vehicle fuel economy/greenhouse gas emissions standards, which were imposed by Obama but relaxed under Trump. Biden’s measures would serve to incentivize production of EVs and smaller gasoline powered cars while adding significantly to the sticker price of the larger gas-powered SUVs and pickups that a majority of Americans prefer. Congress is also working on extending the federal EV tax credits, which currently phase out for manufacturers that have sold 200,000 such vehicles. Two companies, Tesla and General Motors, have already reached this limit, and others will eventually do so. Pending legislation would extend the tax credits for another 400,000 vehicles per manufacturer, while slightly reducing the tax credit to $7,000.   That’s another $2,800,000,000 per manufacturer.

One way or another, there’s a lot of government giveaways for EV owners relative to gasoline powered vehicle owners. Not only are they a waste of resources, especially if EVs own the future anyway, but they also raise fairness concerns. It turns out that EV buyers are a whole lot wealthier than most everyone else. A whopping 78.7 percent of the above-mentioned federal tax credits went to households with adjusted gross incomes of $100,000 or more – a tax break for the rich if ever there was one.

It is not even clear that EVs are the environmentally-superior choice. For one thing, producing an EV battery requires more mined materials than a comparable gasoline vehicle, much of it coming from nations like China, the Congo, and Chile that have minimal environmental protections. In addition, while EVs have no tailpipe and thus no tailpipe emissions, they do require more energy and thus create more greenhouse gas emissions during the manufacturing stage. In effect, an EV incurs a carbon debt relative to its gasoline-powered counterpart before the vehicle is driven its first mile. That carbon debt is eventually “repaid” by using presumably cleaner electricity rather than gasoline, but much depends on how the electricity is generated and whether the vehicle is driven enough miles to recoup the debt.

Nonetheless, there will be some new car buyers who prefer an EV over a gasoline vehicle, and that’s their choice. Their numbers have been slowly growing, but whether they represent the wave of future can be debated. If there is a consumer stampede to EVs, all the government handouts aren’t necessary. If there isn’t, then it will be another costly and unfair boondoggle.

Ben Lieberman is a senior fellow for the Competitive Enterprise Institute, a free market public policy organization based in Washington, D.C.