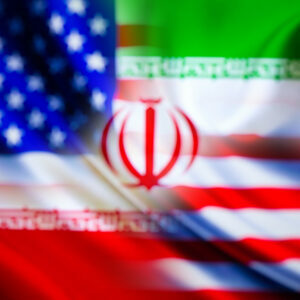 YASSINI-FARD: Let’s Get Real on Iran

It feels like Yogi Berra’s déjà vu all over again. A populist protest on the streets of Iran — channeling Iranians’ hopes for democratic freedom and a joining of the modern world — is put down violently by Iran’s brutal theocrats who deface Islam by using our faith as a perverted rationale for murdering our children. We saw this prequel in 2009 with the Green Revolution and the wildly popular street protests in Tehran in 2017 and 2019.

Notably, all these movements started with brave widespread protests led by everyday people who, like the rest of us, seek fundamental freedoms and refuse the degradations and oppressions of the cartoonish thug-clerics that have ruled Iran for more than 40 years now without any popular support. Uniquely, this time the protests are women-led, sparked by the despicable murders by the regime of Mahsa Amini, a 22-year-old Kurdish-Iranian, and 16-year-old Nika Shakarami, who dared to remove their Hijabs on the streets of Tehran.

This is all hopeful, of course, but it begs the question as to what we must do to ensure a happier ending than earlier uprisings that failed for three main reasons: the brutality of the state-sponsored repression, the lack of meaningful support from the West, and the lack of a meaningful infrastructure — including a communications’ infrastructure — to sustain the reform movement.

For starters, policymakers in the United States and the West generally should recognize that, much like with the apartheid regime in South Africa in the 1980s, the policy of constructive engagement with Tehran is not working. And the West now must be explicitly on the side of the people who want to throw out the clerics and move toward democratic modernism.

Right now, the United States has a split-screen schizophrenia policy regarding Iran. First, we condemn Iran’s brutal repression, its sponsorship of terrorism, its drone sales to the Russians, its Holocaust denialism and its paid assassinations across the globe. Recently, the United States announced limited sanctions against four Iranian contractors for drone sales. Second, the Joe Biden administration wants constructive engagement with the regime that would lift the more severe sanctions on Iran’s trade, financial energy, technology and other sectors in hopes of getting a nuclear deal. This is incoherent and does little to help the democracy movement or the basic policy goals of the West.

Instead, the United States and G-7 countries should end the on-again, off-again, sometimes-hawk/sometimes-dove approach with Tehran and announce a severe escalation of sanctions — on par with how we sought to choke Russia’s economy — until there is regime change or until Iran renounces its repression at home, nuclear saber rattling, and support for terrorism abroad. Rather than prospectively relaxing sanctions, we should prepare for a serious escalation of them.

Further, vowing to deport the family members of thousands of Iranian clerics and government officials living in the United States and Canada — individuals now enjoying the fruits of the Western economy — would elevate internal pressure on the Islamic Republic. Curtailing Iranian airline flights to Europe could add to the economic pressure, constricting access to Western goods and lifestyles for families of Iran’s clerical establishment.

Ejecting Iran from participation in the U.N.’s Commission on the Status of Women would embarrass a government that now appears to be increasingly conscious of global perceptions. In addition to the statement of concern released in September by the U.N.’s Human Rights Office, a resolution declaring support for demonstrators may encourage and enliven international scrutiny. As we saw with Russia after its Ukraine invasion, there are innumerable ways to isolate Tehran’s dictators economically and diplomatically once we decide to do so.

Closer to the streets, the United States can greatly help the democracy protesters with communications infrastructure. The regime has desperately sought to cut off the internet, knowing it’s the lifeblood of a movement with widespread popular support.

I spent much of my career developing technology that changed the world of data communications. Virtual private networks empowered by open-source software, TV Whitespaces and satellite technologies can provide a communications backbone on the ground and can be facilitated with minimal assistance from the United States.

It’s time to end the confusion and incoherence of the policy in the West and to remember the words of President John F. Kennedy: “Those who foolishly sought power by riding the back of the tiger ended up inside.”

Rouzbeh Yassini-Fard is a venture capitalist and technology entrepreneur. He emigrated to the United States from Iran when he was 18. He wrote this for InsideSources.com.