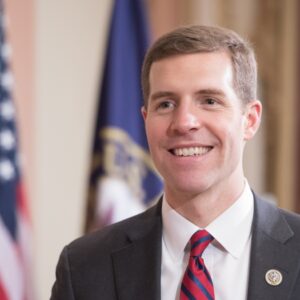 U.S, Reps. Chrissy Houlahan and Conor Lamb were both early backers of Joe Biden during the 2020 presidential primary. But they have taken very different tacks regarding President Biden’s troubled handling of the U.S. withdrawal from Afghanistan.

On Sunday, more bad news arrived from Kabul as an evacuation described by members of both political parties as a fiasco continues to unfold. Secretary of Defense Lloyd Austin acknowledged Americans trying to leave Afghanistan have been beaten by Taliban fighters. Britain’s defense ministry reported seven Afghans were killed in the crush around the airport as thousands of desperate people tried to get a flight out.

“I consider Afghanistan a boneheaded mistake, unforced error,” David Walters, DNC executive committee member told The New York Times. “There is no real excuse. This was morally and politically a disaster and just bad policy.”

Here in the Delaware Valley, Houlahan has been an outspoken critic of events in Afghanistan since the Taliban takeover. “It’s not enough to say I’m heartbroken. I’m gutted,” she said.  “These past few days have been difficult to process, and not because the Taliban’s progress was surprising. In fact, the opposite. We sounded the alarm, and our dire warnings fell on deaf ears.”

“It should be the priority of this administration to leverage all available resources at the Departments of Homeland Security and State to help as many people as possible relocate quickly and efficiently to the United States,” the members wrote. Local Reps. Madeleine Dean and Mary Gay Scanlon also signed the letter.

Now political observers are asking if Lamb ‘s silence is part of his strategy to win the Democratic nomination for senator as he hopes to build a moderate, Biden-style bulwark in his race against progressive Lt. Gov. John Fetterman.

Nationwide, some moderate Democrats appear to have calculated the safest bet is to appear essentially noncommittal on the Afghanistan issue. That certainly appears to be Lamb’s strategy.

“We don’t take territory from other people, we go overseas and fight because were trying to do the right thing,” he told local media, “and the events of the last several days have shown that we don’t always succeed, we certainly are not perfect, but our hearts are in the right place.”

Lamb has been endorsed by VoteVets, a Democratic veterans’ organization backing Biden’s handling of Afghanistan.

Lamb’s reluctance to criticize Biden on Afghanistan has invited withering criticism from Republicans.

Republican Senate candidate Sean Parnell, who is himself a veteran of the Afghanistan conflict, released a blistering statement this week criticizing Lamb for having “nothing to say” about the crisis, slamming both Lamb and Fetterman as “unserious men for serious times.”

“[Lamb] is posing with farm animals. [Fetterman] is tweeting pictures of hot dogs,” Parnell tweeted. “All while Afghanistan collapses because the president they both voted for and support implemented our withdrawal in such a disastrous manner.”

Polls appear to show Americans support the policy of withdrawing U.S. troops while rejecting Biden’s mishandling of the withdrawal. The CBS News poll, for example, found fewer than half of all Americans now believe the president is “competent” or “effective.”

With redistricting about to begin in the GOP-controlled legislature and Pennsylvania losing a congressional seat, Houlahan’s willingness to criticize Biden may help her hold on to swing and independent voters in a newly-drawn district. However, the question remains whether Lamb’s decision to loyally back Biden will give him the boost he needs to win a statewide Democratic primary.