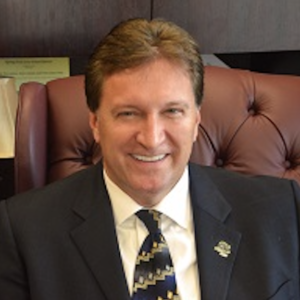 If your local Delaware Valley school doesn’t open this fall, its problem may not be the teachers or parents. It may be the PPE.

In a meeting earlier this week, Montgomery County’s Spring-Ford Superintendent David Goodin told school board members the district was still waiting on grant funding that would pay for the PPE they need. But funding is only the first half of the problem.

“We do have concerns to get the grant-funded equipment and supplies we need,” Goodin said. “Masks. Clorox wipes, or sanitizing wipes for wiping down desks. Everything that was on our list as far as supplies — we have questions about our ability to get that in.

“We have the [purchase orders] set, we’ve worked with our vendors, they’re ready for the orders. We’re just kind of waiting for our money to come through,” he said. “But by the same token, even if we were to have placed that order last week, according to the vendors we’re talking to, they’re telling us that there’s no guarantee that we’re going to get these items prior to the beginning of school.”

Worse, Goodin added, vendors can’t give the district a reliable date when the materials might be in full supply.

This uncertainty was one of the main elements driving the board’s decision to begin the year online in the district’s “red” phase — a stoplight-colored system similar to the one employed by the Wolf administration for the entire state.

With July nearly over, districts are out of time.

For two months they’ve considered competing interests: Some parents are concerned about the impact of missing classroom education on their children, while others are afraid to let their kids return to school; teachers who miss their children and are ready to return to the classroom, and other teachers and union leaders raise concerns about employee safety. Adding the potential PPE shortage makes an already difficult decision even harder.

Some districts, however, have found a way.

The Lower Merion School District says it feels it is equipped to get moving, if the school board decides to reopen their classrooms.

“Our District has been working to procure face masks for all students and staff, plexiglass shields and cleaning supplies since March,” Amy Buckman, director of community relations for Lower Merion School District told Delaware Valley Journal.

“We have also been using the District’s 3-D printers and laser cutters to manufacture face shields. At this time, we feel we have sufficient supplies to safely start the school year, if the Board of School Directors votes in favor of in-person instruction.”

An official with the Upper Dublin School District said it was “able to procure some PPE including hand sanitizer, wipes, masks and gloves from supplies that Montgomery County was able to make available to school districts through vendors that they identified.”

“Additionally, the Montgomery County Intermediate Unit is currently facilitating a bid process for school districts in Montgomery County for additional PPE,” Andy Lechman, chief financial officer of Upper Dublin School District, told Delaware Valley Journal. “We have submitted quantities for this bid process, but the bid isn’t being opened until the week of August 3 so we don’t yet know if we will be able to obtain certain supplies or quantities that we have requested until next week.”

Like Spring-Ford, Upper Dublin has not yet received grant money from the state, according to Lechman.

At least one Spring-Ford board member expressed concern that the focus on PPE was diverting attention from the need to improve the online curriculum.

“It’s frustrating to me because we spend a lot of time talking about PPE — which is all extremely important — but if we’re not providing the curriculum for these kids, for the students, I’m concerned of how far they potentially could fall behind,” board member Tom DiBello said about the district’s online curriculum.

The national need for PPE has continued such that a Federal Emergency Management Agency official recently told Congress demand in states like California and Texas has the possibility to create “micro-shortages.”

That’s part of the reason why the U.N. recently warned that criminal groups are selling sub-par PPE or running schemes to take orders for PPE but never deliver.

By Todd Shepherd on January 20, 2021
The Pennsylvania Farm Show Complex in Harrisburg is home to scores of pallets of sanitizer…
Read More
News

By Todd Shepherd on January 18, 2021
In the early days of the COVID-19 pandemic, Pennsylvania Department of Health Secretary Dr. Rachel…
Read More