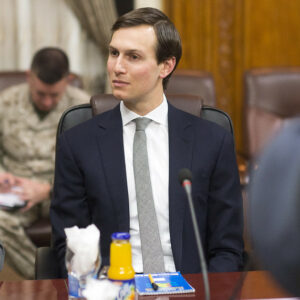 Kushner-Backed Healthcare Company Hopes Biden Policy Will Be A Lifeline

Is success in America’s healthcare system even more difficult than peace in the Middle East? Ask Jared Kushner.

In 2012, years before he helped broker the Abraham Accords between Israel and its one-time Arab adversaries, Kushner was the force behind Oscar Insurance Corporation, created with the promise to transform the healthcare industry the same way Uber and AirBnB transformed the taxi and hotel industries. The company was the joint brainchild of former President Trump’s son-in-law and Jared’s brother Joshua. Their reputation, slick mobile app, and clever marketing convinced some key players that maybe they could do healthcare better.

Oscar’s approach was simple: Price transparency, a full-stack technology platform, and attention more like “a doctor in the family” than an insurance company. Indeed, in 2018 Oscar was named among CNBC’s top 50 “disruptors.”

But instead of transforming the industry, Oscar has struggled to deliver on its pledge as it hemorrhages money, and its reputation takes a hit.

In 2019, Oscar lost $261 million, then another $407 million in 2020. It’s also ranked at the bottom among health insurance providers by the Better Business Bureau. At the same time, the nonprofit healthcare accreditation firm National Committee for Quality Assurance ranked Oscar the second-worst health insurer in both California and New York. And the mere 529,000 members on its individual insurance plans have proven to be “sicker than the company had expected.”

Now, the company wants to enter the taxpayer-funded Medicare sector, a difficult population to care for even under ideal circumstances, let alone amid a pandemic. Oscar Health is entering the Medicare space under an agreement it reached with Health First Health Plans in Brevard County Florida. Under the deal, Oscar Health will offer Health First’s Medicare Advantage clients in Brevard County, Florida, access to its tech tools and programs, including its engagement platform and other services.

This announcement – compounded by its intention to go public – has prompted questions about its mixed record of results. Is this really what the future of healthcare should look like?

A frequent grievance about Oscar is mixed messages about what care was in-network vs. out of network. Many patients have said that they’d go to providers listed as in-network, then get their coverage denied because – oops! – said providers were actually out of network. This is confusing doctors, too. One prominent Florida physician shed light on Oscar’s meager network and customer service, “I signed a contract [with Oscar] several weeks ago and now can’t get a response. I can’t give patients an answer about network status and Oscar Health doesn’t pay for out-of-network care. Patients will be leaving in droves.”

That’s not what people typically say about their doctor in the family.

One reason for Oscar’s early success in attracting investors and creating influence was the financial support of Google, which announced a round of funding in September 2015 which valued the company at $1.75 billion. If the innovation juggernaut of the 21st century– the company behind our search engine, free email, YouTube, and daily navigation – believed in Oscar, some investors surmised, then maybe they should, too.

Then came the revelations that among its many questionable activities related to customer data and privacy, Google had engaged on a project to obtain the detailed personal-health information of millions of Americans under the innocently titled “Project Nightingale.” That puts Oscar’s relationship with Google in an entirely different light.

Beyond the problems listed above, there are questions whether Jared, a top adviser to former President Trump, ever fully divested from the venture capital firms behind Oscar. Both Mother Jones and The Atlantic have argued the Trump administration inappropriately and secretly enlisted the Kushner-family-owned Oscar to build a coronavirus testing website.

Regardless, Oscar has announced intentions for an IPO (under the ticker OSCR). Business Insider is convinced Oscar will benefit from an expansion of the so-called Affordable Care Act under the current administration, which – considering how insurance companies have profited from Obamacare’s high premiums and deductibles – could be the wind Oscar desperately needs in its sails.

And that may be what company executives are hoping for.