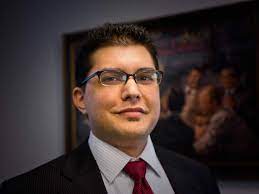 KNEPPER: One Year Later, “14 Days to Flatten the Curve” Has Been a Different Disaster

On March 19, 2020, Gov. Tom Wolf ordered all Pennsylvania businesses that weren’t “life-sustaining” to close. At the time, the governor told us this 14-day shutdown order was necessary to prevent hospitals from being overwhelmed by flattening the curve. The good news is hospitals weren’t overwhelmed. The bad news was the “emergency” didn’t end after 14 days, and citizens of the commonwealth experienced a different kind of disaster.

By the end of April 2020, over one million Pennsylvanians had lost their jobs and applied for unemployment. Many of those people waited months to receive their first check from the unemployment system. At a hearing in March of this year, the acting-Secretary of Labor revealed 500,000 of the jobs lost last year might never come back. Between Wolf’s original shutdown order and today, thousands of small businesses have shut their doors; they will never reopen.

Before the original shutdown order, Wolf refused to consult with Pennsylvania industry groups. He also decided against using federal guidelines to determine what businesses were “essential.” Instead, the governor opted to institute a waiver system to determine what companies would be “allowed” to remain open. We are still waiting for a full audit of the waiver process. However, former Auditor General Eugene DePasquale publically stated that “The waiver program appears to be a subjective process built on shifting sands of changing guidance, which led to significant confusion among business owners.”

On March 13, 2020, Wolf ordered all public schools to close for ten business days. One year later, thousands of public school students still are not back in the classroom either at all or consistently. Although it is unclear when all public schools will return to in-person education, Wolf has consistently called for reducing scholarship availability for private schools and reducing funding for cyber charter schools throughout the last year.

There is no telling what the long-term consequences of Wolf’s COVID-19 policies will be. However, no future governor should have the power to make unilateral decisions on so many aspects of citizens’ lives. The good news is that voters will have an opportunity to remedy this problem by approving two constitutional amendments in the Spring. The bad news is that the Department of State worded the ballot questions to make them sound as unappealing as possible to protect the Governor’s unilateral power.

Hopefully, Pennsylvania’s voters make the right choice in May. We cannot afford to allow something like this to ever take place again in the future.

Leo Knepper is CEO of Citizens Alliance of Pennsylvania.