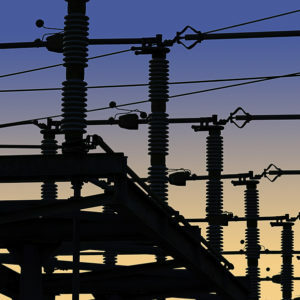 The nation’s electric utilities are facing revolutionary changes as big as any they have faced since Thomas Edison got the whole thing going in 1882.

Between now and 2050 – just 28 years — practically everything must change. The goal is to reach net zero, the stage at which the utilities stop putting greenhouse gases, especially carbon dioxide, into the atmosphere.

But in that same timeframe, the demand for electricity is expected to at least double and, according to some surveys, to exceed doubling as electric vehicles replace fossil-fueled vehicles and as other industries, like cement and steel manufacturing, along with general manufacturing, go electric.

Just eliminating fossil fuel alone is a tall order — 22 percent of the current generating mix is coal and 38 percent is natural gas.

Half of the generation will, in theory, go offline while demand for electricity soars.

The industry is resolutely struggling with this dilemma while a few, sotto voce, wonder how it can be achieved.

True, some exciting technological options are coming along: Hydrogen, ocean currents, small modular nuclear reactors, so-called long-drawdown batteries, and carbon capture, storage, and utilization. The question is whether any of these will be ready to be deployed on a scale that will make a difference by the target date of 2050.

There are other schemes — still just schemes — to use the new electrified transportation fleets as a giant national battery. The idea is that your electric vehicle will be charged at night, or at other times when there is an abundance of power, and that you will sell the power back to the utility for the evening peak when we all fire up our homes and electricity demand zooms.

That is just an idea and no structure for this partnership between consumer and utility exists, nor is there any idea of how the customer will be compensated for helping the utility in its hours of need. It is hard to see how there will be enough money in the transaction to cause people to want to help the utility as besides the cost of charging their vehicles, the batteries will deteriorate faster.

The ongoing digitization of utilities means they will be able to better manage their flows and to practice more of what is called distributed energy resources (DER), which can include such things as interrupting certain nonessential users by agreement.
David Naylor, president of Rayburn Electric Cooperative, bordering Dallas, says DER will save him as much as 10 percent of Rayburn’s output, but not enough to take care of the escalating demand.

Like many utilities, Rayburn is bracing for the future, expecting to burn more natural gas and add solar as fast as possible. It is also upgrading its lines, called connectors, to carry more electricity.

The latter highlights another major challenge for utilities: Transmission.

The West generates plenty of renewable power electricity during the day, some of which goes to waste because it is available when it is not needed in the region, but when it would be a boon in the East.

The simple solution is to build more long-distance transmission. Forget about it. To get the many state and local authorizations and to overcome the not-in-my-backyard crowd, most judge, wouldn’t be possible.

Instead, utilities are looking to buttress the grid and move power over a stronger grid. In fact, there isn’t one grid but three: Eastern, Western and the anomalous Texas grid, ERCOT, which is confined to that state and, by design, poorly connected to the other two, although that may change.

Advocates of this strengthening of the grid abound. The federal government is on board with major funding. Shorter new lines between strong and weak spots would go a long way to making the movement of electricity across the nation easier. They would also move the nation nearer to a truly national grid. But even building short electric connections of a few hundred miles is a fraught business.

The task of the utilities — there are just over 3,000 of them, mostly small — is going to be to change totally while retooling without shutting off the power. The car companies are totally changing, too. But they can shut down to retool. Not so the utilities. Theirs must be a revolution without disruption, the light that doesn’t fail.