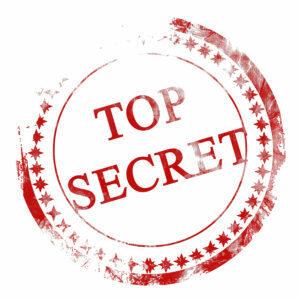 KING: My Adventures With Classified Documents

It is easy to start hyperventilating over classified documents. It isn’t the classification but what is in the documents that counts. Much marked classified is rubbish.

I have been around the classification follies for years. In 1970, I did what might be called a study, but it was just a freelance article on hovercraft use by the military. I was paid $250 to write it.

In those days, there was no easy way to copy a document. The standard was to put several sheets of paper in a typewriter with carbon sheets between them. Like any other journalist, I started by going to the best library I could access — in this case, The Washington Post library. I read what was available, largely newspaper clippings, and wrote the article.

Arctic, a consulting company, paid me to write it, and I forgot about it. A couple of years later, I wanted the article — probably to use to get other work — and I asked Arctic for it. They said it had been delivered to the Pentagon long since, and I had better ask the commissioning Department of Defense office.

I did that and was told that I couldn’t have the article, nor could I even look at it because it had been “classified,” and I didn’t have clearance.

Like so much else, it had gone into the dark underworld of the classified from whence few pieces of paper ever return.

When James Schlesinger became chairman of the Atomic Energy Commission in 1971, one of the first things he did was revamp document classification. He told me that the AEC was classifying far more than was necessary and, as a result, the system wasn’t safer but more vulnerable.

His argument was that for classification to work, the people managing classified material had to have confidence that it was truly deserving of secrecy. He directed the declassification of the trivial and increased the security surrounding what was vital.

Schlesinger was succeeded as chairman by Dixy Lee Ray. At the time, I covered the nuclear industry, and Ray became a social friend and a subject.

Once, Ray and I went to dinner at the historic Red Fox Inn in Middleburg, Virginia. After a swell meal, we walked to her limousine in the parking lot behind the inn. She had something in her briefcase that she wished me to have.

But Ray always had her two dogs with her. One was a huge gray wolfhound, and the other was a smaller gray dog, which looked like the wolfhound but was half the size.

The dogs were in the car’s front seat, and a high wind was blowing. Ray opened one back door, and I opened the other. Then she opened her briefcase and was rifling through the contents — some of which were marked as classified with a telltale, red X — when the big wolfhound jumped onto the back seat. He knocked over the briefcase, and the wind blew documents all over the parking lot.

It was a security crisis. Not that Soviet agents were dining at the Red Fox Inn that night, but if any document marked as secret was found and handed to the police, a major scandal would have resulted.

For the best part of an hour, Ray, myself and her driver scoured the parking lot, the grassy areas and the bushes for documents.

In the early morning, I drove back to the inn to ensure we had made a clean sweep. State secrets in the parking lot of a pub make for hot headlines and end careers.

In the age of computers, classified documents — and who knows if they should be marked as such — are much less likely to be put into paper folders.

Once, the Congressional Joint Committee, which oversaw the Atomic Energy Commission, held a hearing in its secure hearing room in the U.S. Capitol, where all the documents before the members and the witnesses were marked “eyes only.” The hearing had to be canceled because no one could say anything.

Also, at one of the major nuclear weapons laboratories, I deduced what a machine I was told was used for conducting “scientific experiments” really was. The director assured the technician showing it, “Don’t worry, King is too stupid to know what it is.” He was right, and another state secret was saved.