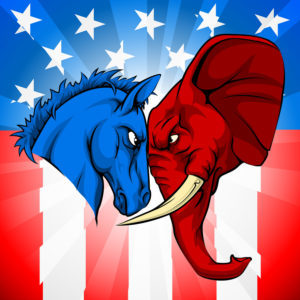 KENDALL: Which Path to Take on November 3rd

Throughout Wolf’s shutdown, our unemployment rate has consistently exceeded the national average. Our families are suffering, with the state’s unemployment system proving itself a catastrophic failure that left tens of thousands of residents without financial assistance.

And, our resultant projected state budget shortfall has raised well-founded fears that Wolf and his legislative allies will attempt to raise taxes on already burdened working families.

Given this, it’s little wonder that jobs and the economy continue to top voters’ list of priorities in election polls.

While we don’t yet know the outcome of the upcoming elections, there is one thing we do know: The last thing Pennsylvanians need right now is any policy coming from Washington that will cost us even more.

That’s why I’m particularly concerned about a recent study showing Democrat presidential candidate Joe Biden’s agenda would cost every Pennsylvanian an additional $10,600 in federal income taxes per year. That’s more than $42,000 for a family of four — every year. A stunning number.

The study, conducted by the James Madison Institute in Florida, compares the costs of a Biden-Harris agenda with the continuation of the current Trump-Pence policies — in terms of both tax burden and job creation. All told, the Biden-Harris agenda — which includes government run health care, the decimation of traditional energy such as natural gas, and “free” college —  increases spending and taxes by more than $36 trillion over the next 10 years.

The threat to jobs is equally startling: Under a continuation of current policies, job creation in Pennsylvania is projected to be 110,000 jobs per year. Under a Biden-Harris administration, that number is far lower, at just 28,000.

Particularly hard hit would be our energy sector. It’s no secret that it’s been hard to get a straight answer regarding the Biden-Harris ticket’s current fracking position. I say ‘current’ as it seemingly changes from day to day.

But if they follow through on past threats to ban fracking or regulate it out of business, it could cost our state’s economy more than $250 billion over five years, according to the U.S. Chamber of Commerce.

This price — in jobs, taxes, and economic stagnation — is far more than Pennsylvanians can afford to pay. And these issues will be front and center in voters’ minds as they cast their ballots this year in an election where our votes will have far-reaching consequences.

Indeed, Pennsylvania remains the Keystone State. All eyes have been on us for the past four years — analyzing, forecasting and campaigning. And all eyes will be on us on election night (and the days thereafter if predictions on mail-in ballot chaos prove true).

Our state-level races also reflect our position as the most important swing state in the nation.

Outside spending is pouring into Pennsylvania as several dozen battleground legislative races will determine whether businesses and families are hit even harder with taxes, fees, and regulations or whether we come back from COVID by unleashing — rather than stymieing — ingenuity, entrepreneurship, and job creation.

Electing a Democratic legislative majority will give Wolf free rein to do what he has tried to do for the last six years: raise taxes on all citizens, tax the gas industry out of existence, eliminate school choice, and help the public sector unions make living in PA ever more expensive — plans squelched by the Republican legislature.

The fact remains: Our population, economy, and politics matter to the rest of the country. If the COVID pandemic has revealed anything, it’s that public policies are radically important to economic health.

The economy can turn on a dime as a result of policies, as we’ve seen with Gov. Wolf’s shutdowns.

This is the last thing we need as we emerge — scathed but still standing — from the COVID-19 pandemic. 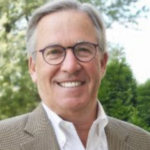