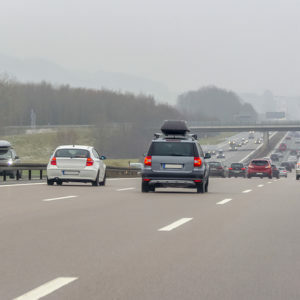 KANDRACH: Pennsylvania Lawmakers To Have Key Role on Transport Bills

Pennsylvania lawmakers, including several from central and western PA, will play a key role in determining the outlines of an essential piece of legislation, due to expire in September, that provides federal spending on highways and transit.

Reauthorizing the five-year surface transportation bill – which will be addressed next month – is vitally important for Pennsylvania and the nation because it would spur modernization of the country’s surface transportation operations at a critical time, as states struggle to recover from the COVID economic crisis.

Leaders in the U.S. House of Representatives have indicated they will push for action on the bill this summer and that it will be ambitious in its efforts to improve the systems U.S. consumers and businesses rely on. The House committee at the center of the efforts includes the prominent Keystone lawmakers, including Connor Lamb, Scott Perry and Brian Fitzpatrick.

As Vox noted recently, “The reauthorization bill is something that Republicans and Democrats alike see as having the potential for the most bipartisan compromise….” This was evident when the U.S. Senate released an overwhelmingly bipartisan measure at the end of May.

Pennsylvania’s lawmakers on both sides of the aisle must do all they can hash out a bill amenable to all sides, ensuring that the bill avoids any number of poison pills. Given the fast-paced congressional schedule and looming expiration deadline, the committee’s Pennsylvania lawmakers have a small window in which to make their case.

Recent analysis by Consumer Action for a Strong Economy (CASE) provides some straightforward recommendations for what a bill should include.

First, Congress must recommit to funding highway maintenance reforms that might return us to a sustainable model, making significant progress towards a Vehicle Miles Traveled (VMT) fee to fund roads as the gas tax becomes more obsolete. While this would take time to implement, it would have several critical benefits – not least of which is making sure users of infrastructure pay for that infrastructure (which reduces subsidies – a longtime priority for lawmakers).

Such a system, also under consideration by Gov. Tom Wolf, would not be affected by increasing fuel efficiency or the prevalence of hybrid and electric cars, which currently pay no gas tax. Another, spelled out in a recent Congressional Budget Office report, is that a VMT fee could be adjusted based on factors such as vehicle configuration, weight, location, purpose, and other factors, allowing vehicles – like heavy trucks – causing the greatest infrastructure damage to support their share of infrastructure costs without imposing an unsustainable burden on commuters or other drivers.

A wide contingent of prominent organizations, including CASE, recently outlined this in a letter to Congress.

Next, Congress should avoid controversial subjects that threaten bipartisan compromise. For instance, previous legislation created several new grant programs, rather than working to improve others. It also devoted endless energy and resources to areas best handled by other committees and bills, such as housing and energy.

Additionally, previous legislation went out of its way to appease favored special interests in imposing new regulations, rather than letting the market and common sense drive many decisions. Policy affecting private freight rail companies was especially problematic in its preference for organized labor provisions.

Last, Congress must commit itself to transparency in this process. With notorious congressional “earmarks” back on the table, transportation legislation should not become a pork barrel scheme that rewards senior members of the party in power. Improving our highways, bridges and the like should be equitable — not isolated to those holding leadership roles.

The challenge is clear – now it’s time for Congress to act in a bipartisan approach. 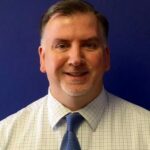 Matthew Kandrach is president of Consumer Action for a Strong Economy, a free-market advocacy organization.