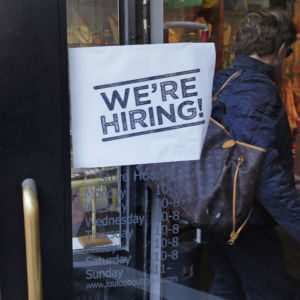 The U.S. labor market added 1.4 million jobs in August, according to new data released Friday by the Bureau of Labor statistics. That places the employment level on par with the beginning of 2015.

Enthusiasm for the gains was slightly tempered by the fact that “government accounted for 25 percent of the August employment increase, mostly due to hiring for the 2020 Census.”

The numbers show the economy has recovered about half of all jobs lost from the pandemic.

“Small businesses do say they are planning to hire more workers, and keep employees on payroll, but that may not be the case in hard-hit industries like hospitality, retail, personal services and the travel industry,” said Gordon Denlinger, Pennsylvania state director for the National Federation of Independent Businesses. 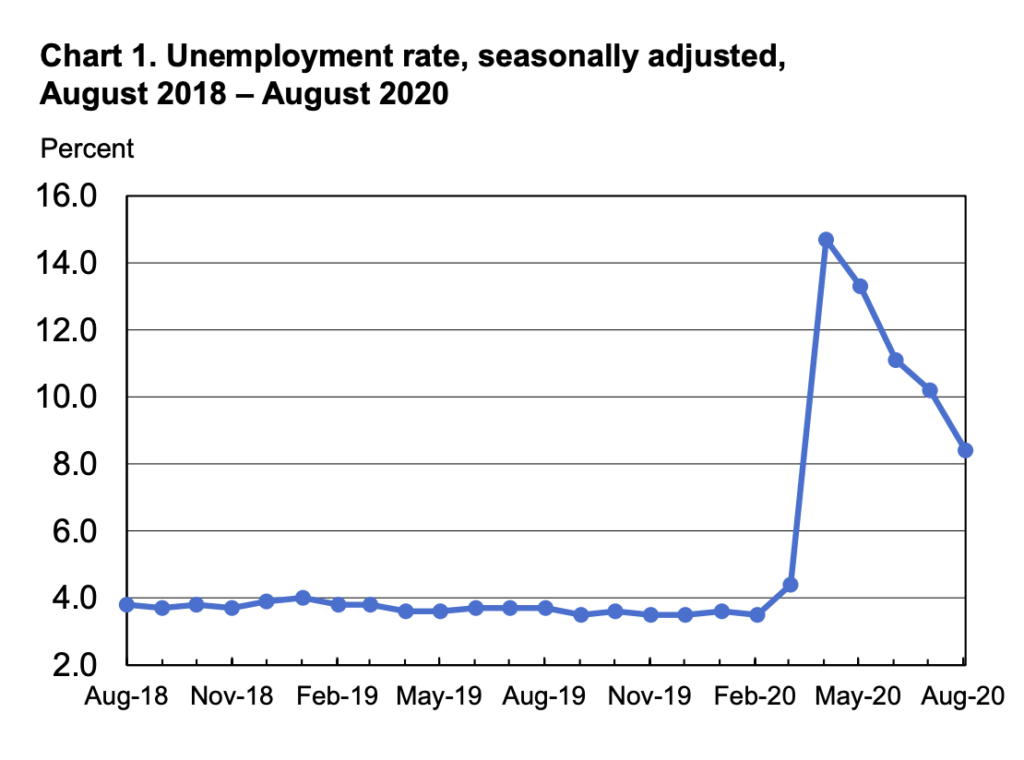 “There is still uncertainty, but it appears the labor market is moving in the right direction,” Denlinger told Delaware Valley Journal.

A new survey released by the financial site Wallethub.com ranked Pennsylvania sixth in the nation for declining unemployment claims from the COVID-19 crisis.

But Denlinger pointed to some weaknesses he believes are still showing.

“In the most recent state unemployment numbers, Pennsylvania had an uptick, when national unemployment decreased. One reason our state may be behind the rest of the country is Pennsylvania’s slower reopening and continuing restrictions on our state’s businesses, like keeping restaurants at only 25% capacity.

“We do hear from a number of highly impacted small business owners having used up their forgivable loans and now they are running out of cash. Those businesses need more financial relief and they also need consumers to regain confidence.”

With the election now just two months away, both presidential candidates are using jobs numbers to attack one another.

The Biden campaign struck out at President Trump before he made a campaign stop in Pennsylvania on Thursday.

“When President Trump speaks in Westmoreland County today, you almost certainly won’t hear him take responsibility for the economic hardship his presidency has caused Pennsylvanians,” Biden said in a statement. “President Trump’s mishandling of the economy and the coronavirus pandemic has caused millions of people across the Commonwealth to file for unemployment since March, has led to a staggering unemployment rate of 13.5 percent in Westmoreland County, and caused nearly 8,000 Pennsylvanians to lose their lives from the virus.”

However, the Trump team was quick to jump on the data released Friday morning.

“While Joe Biden continues to root for bad news, the economy maintained its rapid recovery as more and more Americans are returning to work,” said Tim Murtaugh, communications director for Trump 2020.

“For the fourth consecutive month, the American economy has added a massive number of jobs in the greatest period of job growth in history. The 1.4 million jobs added in August are 2.5 times the number of jobs created in any single month of the entire Obama-Biden Administration, driving the unemployment rate down again,” Murtaugh added.