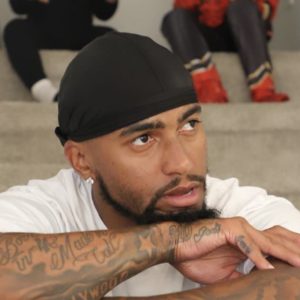 Jackson posted screenshots to his 1.4 million followers from a book which erroneously quoted Hitler and seemed to resemble the messages of a controversial fringe group called the Black Hebrew Israelites (BHI) — black people who believe they are the true Jewish people.

For example, one of Jackson’s posted clips said, “Because Hitler said, ‘because the white Jews knows (sic) that the Negroes are the real Children of Israel and to keep Americas (sic) secret the Jews will blackmail America.’” 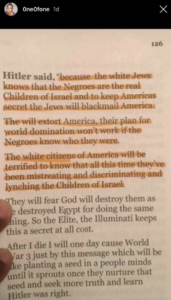 “He’s been controversial before — anyone who knows DeSean Jackson knows that,” said Rabbi Saul Grife of the Beth Tikvah-B’nai Jeshurun congregation in Montgomery County. “The Eagles lost him because he was controversial, now he’s back,” referring to Jackson’s 2014 departure from the team.

“Not everyone knows what they’re saying and how it affects others and what it means to people,” Grife told Delaware Valley Journal.

Rabbi Nathan Martin said incidents such as this are always harmful, regardless of the source.

“When we read about a well-known athlete sharing false, hurtful or hateful accusations it puts us on edge,” Martin said.

If Jackson’s book material was in fact related to the BHI, it represents more notoriety for a group that was virtually unheard of years ago. That obscurity changed when a group of the sect was revealed to have been instigators in the Covington Catholic video controversy at the Lincoln Memorial in early 2019.

Additionally, two men believed to have been adherents to the BHI were behind the attack of a kosher market in Jersey City in December of last year killing two.

“I never want to put any race down or any people down,” Jackson said in the video.

“My post was definitely not intended for anybody of any race to feel any type of way, especially the Jewish community. What I posted, I definitely didn’t mean it to the extent that you guys took it, and I just wanted to let you guys know that I’m, you know, very apologetic, and I just want you guys to understand that it never was intended… to put any race down or any religion down.”

Grife said he has no way of knowing what’s in the person’s heart, and keeping that in mind is part of what helps dictate his response, he said.

“We all deserve another chance,” Grife said. “Sometimes a problem can tell ourselves how strong we are and what we really stand for to move ahead. So I hope some good things will come out of this for him, and for everybody.”

In the same manner, Martin pointed to the Jewish tradition of “teshuva,” where an individual can recognize their mistakes and make amends. He said he and his fellow rabbi at Beth Israel in Media “appreciate that Mr. Jackson did take time to express remorse about his actions.”

“And we are also living in a culture where all kinds of negative stereotypes are internalized and expressed. This is the challenge in our country today where antisemitism as well as other damaging ideologies like racism and sexism take hold, and we all have to work hard to ‘unlearn’ attitudes and behaviors we may have unconsciously internalized.

“We know that no one is perfect, but our hope is that we all can learn and grow from ways in which we directly or inadvertently hurt one another and create a more healed world,” Martin said. “And most importantly may we continue to keep connection and dialogue alive to work to heal hurts.”

In another response to Jackson’s post, Holocaust survivor Edward Mosberg extended an invitation for Jackson to visit Auschwitz, the German concentration camp in Poland, where over 1.3 million people died or were killed.

The Delaware Valley has been home to a burgeoning Jewish population in the last decade. A report released earlier in the year from the Jewish Federation of Greater Philadelphia said the number of Jewish houseolds in the five-county region grew from 116,700 in 2009 to 194,200 in 2019, an increase of about 60 percent.