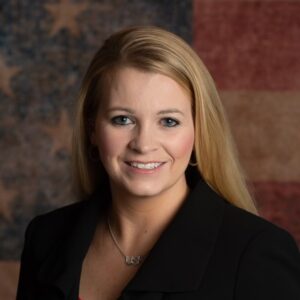 Jessica Lynch Reflects on Her Second Lease on Life

Every day for Jessica Lynch is one of pause: For gratitude, faith, and unfathomable survival.

On April Fools Day 2003, Lynch, a 19-year-old private in the U.S. Army, was rescued by a team of Army Rangers and Navy SEALS after being held for nine grueling days as a prisoner of war (POW) in the early hours of the U.S. invasion of Iraq.

“It is a day that I never forget. Everyone else might be pulling pranks, but I look at it as a day in which I am so blessed,” Lynch said. “Such amazing heroes who risked their life for me. It is a day that I will always cherish.”

Lynch grew up in Palestine, West Virginia, about 100 miles southwest of the Pennsylvania border. Like many kids in her blue-collar corner of America, she joined the military as a pathway to college, meeting with an Army recruiter while she was 17 and still in high school. 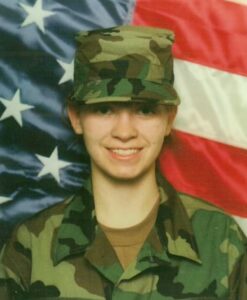 Much of what happened to Lynch on that fateful day remains vivid in the crevices of her memory despite the passage of 18 years. Her unit was ambushed near the Iraqi city of Nasiriyah, poised on the banks of the Euphrates River, 225 miles southeast of Baghdad, after navigation equipment malfunctioned and they ended up in enemy eyesight. Lynch sustained severe wounds while 11 of her comrades were killed in action. She was subsequently captured and taken as a POW to Saddam Hussein’s top brass.

An orchestrated diversionary attack brought a badly injured Lynch back to safety. She was eventually flown home to begin a long healing journey, starting at Walter Reed National Military Medical Center. It marked the first successful rescue of an American prisoner of war since World War II and the first woman liberated.

But despite it all, Lynch, 38, is bursting with optimism and passion. She is a substitute third-grade teacher in her  West Virginia hometown, the job she dreamed of since she was a small girl. She is a proud mom to a 14-year-old daughter. When she wanders through the streets, there is usually a flicker of recognition – but to those who know her, she is “just Jess.”

She remains deeply devoted to giving back in more than one: As an educator, mother and prominent voice for other survivors and remaining prisoners of war.

“What I want to see is everyone return,” Lynch stressed. “For all POWs to have a proper burial.”

According to the Defense POW/MIA Accounting Agency (DPAA), the remains of almost 82,000 Americans are still missing.

Lynch also remains close to other veterans and the families of those in her unit who did not survive and acknowledges the healing embedded within collective anguish.

“There is something special that you share with other people who have experienced the same kind of trauma, something like that you go through – not everyone can fully comprehend or understand the whole nine yards,” Lynch explained.

In addition to contending to the jarring psychological scars of losing loved ones in the assault, captivity, and unrelenting fear that if she fell asleep, Iraqis may try to amputate her leg, is a quest to alleviate her excruciating pain, Lynch has also been left to tend to a deluge of physical maladies.

“I still deal with my right foot, which was broken and kind of turned backward and crushed, and no feeling in my left side where my femur and tibia were broken, and my bones were surgically replaced (by the Iraqis) with a rod,” she continued, taking it all in her stride as she elaborates on also having several broken backbones and the subsequent complications of throwing all her weight to the right side to compensate, as well as the allergic reaction she suffered to a new leg brace that was made for her.

“It doesn’t get easier,” Lynch noted. “But I continue to get stronger.”

But even during the tough days, Lynch has long made peace with the realities of both her physical and psychological scars and harbors no bitterness nor regret.

“I never really got upset over the situation. I definitely held no disrespect for Iraqis in general,” she noted. “I really love just meeting other veterans – especially older veterans. It’s going to be a little different now having to meet without the handshakes and hugs, but I look forward to getting the message back out there.”

And that message surmised in one word.