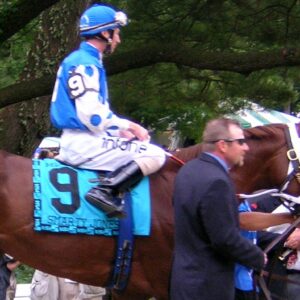 Is the Pennsylvania Budget Off To the Races?

As legislators in Harrisburg gallop toward a final budget for fiscal year 2021/22, one four-legged industry is fighting hard against Gov. Tom Wolf’s proposal to redirect its funding elsewhere.

The Pennsylvania horse industry has benefited greatly from the Pennsylvania Race Horse Development Trust Fund, and they are not about to let that money go in the home stretch. The fund first got its shoes as the casino industry began growing in Pennsylvania. It was codified as a quasi-governmental fund in 2017. What is the governor proposing for the racehorse industry, and what effect might it have in southeast Pennsylvania?

According to the governor’s budget overview, “The governor is proposing a $199 million plan to develop the Nellie Bly Tuition Program by repurposing existing dollars that are right now flowing into the Horse Racing Development Fund.”

“How can you repurpose money that’s not yours?” asked Brian Sanfratello, executive director of the Pennsylvania Horse Breeders Association. He cites Act 42 of 2017, signed by W0lf, which prevents any raiding of the Horse Race Development Fund. “This trust fund is not funds of the commonwealth,” Sanfratello adds. “Plain as day, I can point to the language that commonwealth shall not be rightly entitled to any money down under this section. It’s not taxpayer money.”

Section 1405.1 of Act 42 entitled Protection of Funds reads: “Daily assessments collected or received by the department under section 1405 (relating to Pennsylvania Race Horse Development Trust Fund) are not funds of the Commonwealth.” 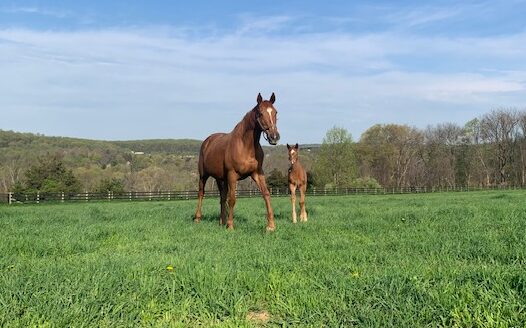 If the fund is not paid for by taxpayers, where does the money come from? The answer is, every time someone plays a slot machine. Casinos across Pennsylvania pay a tax for every lever pull, the assessment depending on how active the casino is. That money is then distributed to various funds, including school districts, and economic development grants.  The Pennsylvania Race Horse Development Trust Fund operates the same way, capped at 12 percent of the gross daily revenue according to Act 42.  The Fund takes around 10 percent of slot machine revenue annually.

So where does the money go?

According to Sanfratello, it helps sustain the equestrian industry and its workers in Pennsylvania.

Does the Fund make a difference?

“While breeding across the United States is down approximately 15 percent since 2016 Pennsylvania is up over 50 percent,” Sanfratello says. “It’s unheard of. People were coming to me saying, ‘What’s going on in Pennsylvania?’ We said because everyone is on the same page with the Trust Fund. We can invest in Pennsylvania. That didn’t happen until the trust fund was enacted.”

Those investments come out to 20,000 jobs, 12,000 of which is are in eastern Pennsylvania according to industry advocates. They also say the horse industry has a $1.6 billion economic impact and is responsible for over 100,000 acres of open space.

So, what are the odds of this proposal making it across the finish line?  Perhaps not as good as the governor would hope. Sen. Wayne Fontana (D-Allegheny) has circulated a co-sponsorship memo to achieve the governor’s goal.  However, he recently told Play Pennsylvania the proposal is “not gonna fly as written.” His reasoning is a lack of interest from Republicans to advance to the proposal. But that is not true across the board. Rep. Todd Stephens (R-Montgomery) has often expressed concerns over the Trust Fund. The Commonwealth Foundation has also called for ending the fund as well.

When Wolf first delivered his budget proposal, the American Rescue Plan (ARP) had yet to be passed, and his budget did not include the influx of federal funding. Perhaps ARP funds may keep the proposal from the final budget, but industry lobbyists are keeping an active campaign to preserve the Trust Fund in Harrisburg.  As the Kentucky Derby draws near, another popular winner like Smarty Jones wouldn’t hurt their case either.