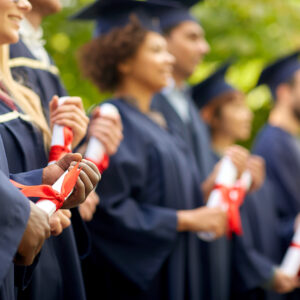 Is Philly a Tough City for Recent Grads To Find Work?

Life after college is challenging for many recent graduates. Starting a career can be difficult, so being in a city that allows them to find employment is crucial.

The COVID-19 pandemic, alongside an unstable job market, makes some cities harder for recent college graduates to land a job. According to a recent article by WalletHub, Philadelphia was ranked one of the worst cities to start a career, with a rating of 174th.

The media and communications industry is one of the most competitive. Jonathan Gilbert, a 2018 journalism graduate of Temple University’s Klein College of Media and Communication, discussed Philadelphia’s low ranking.

“I have run into a fair amount of trouble when applying for work after my contract position in New York ended,” said Gilbert. “I ultimately found a job with the University of Pennsylvania, but due to the pandemic, it was cut short.”

Although Gilbert is currently working as a proctor for the Agnes Irwin School in Rosemont, Pennsylvania, finding work in the Philadelphia area during the pandemic was not easy.

“I’ve had many interviews and rejections due to lack of experience, even though postings are entry-level and I felt properly qualified,” Gilbert added.

For recent graduates living outside the Philadelphia metropolitan area, starting a career is even more difficult.

Carlee Nilphai, a 2019 graduate of Millersville University, struggled with finding a job that allowed her to live in the city.

“Although there were writing-focused jobs available, most of them didn’t play well enough to allow me to live in the city, and there were not a lot of remote opportunities available either,” said Nilphai.

Nilphai recently decided to move to Raleigh, N.C., to find work in the communications industry and believes Philadelphia has made it hard for recent graduates to start their careers.

“I have friends in different industries who wanted to move to Philadelphia, but there were no opportunities for them,” said Nilphai; “I think I Philly is a great city – the people, the food – just not a great place to start your career.”

Philadelphia’s 174th ranking among other major cities may be surprising to some. On the other hand, Sam Trilling, a Klein College of Media and Communication 2020 graduate, was not surprised.

“Now that I’m looking more broadly for jobs, I’d say the pay and benefits are pretty poor for entry-level jobs in the city – which are what many people work at for long periods,” said Trilling.

“Combined with a relatively low minimum wage compared to other large American cities, I think the ranking isn’t surprising,” he added. So many students, after graduation, find themselves working in food industry positions before finding a job in their field. Still, due to the pandemic and low wages in Philadelphia, it is not as feasible.

“The pay of more blue-collar jobs like in the food industry didn’t pay enough to start a life after graduation in the city,” said Trilling.

Finding a position in his field has been challenging. “After eight or nine months of looking for work, I still don’t have the journalism job I was looking for, and I missed out on working in-person service jobs during the pandemic when it felt unsafe,” Trilling added.

Although Philadelphia is not highly ranked in starting a career, students and recent graduates around the city have found ways to have a support system.

“Even though it’s hard [during pandemic], thankfully, the world isn’t over when you don’t have your dream job right out of school,” Trilling added.

However, which degree a graduate has earned can make a big difference in their ability to find a job.

“I graduated with a degree in middle-level education from Drexel in June 2020,” said Kaitlyn Ferreri. “I had secured my current job at the end of April 2020 and was going on interviews (virtually) throughout March and April. Since there is always a need for teachers, I don’t think it was difficult for me to find interviews and connect with schools. By the end of the interviewing process, I was deciding between two jobs. During this time, I also had support from the School of Education and other teachers I worked with in the past.

“However, my friends with degrees in the arts struggled, and still are struggling, to find jobs,” Ferreri said. “My friend Megan, who graduated with a degree in entertainment and arts management in 2020 only found a full-time job a week ago and it isn’t even in the field she originally wanted a job in. She had to do all of the job hunting process by herself and was applying to anything remotely related to her field for over a year. So, yes, it definitely depends on what field you are looking to work in.”

Jessica Bond is a freelance writer. She wrote this for Delaware Valley Journal.