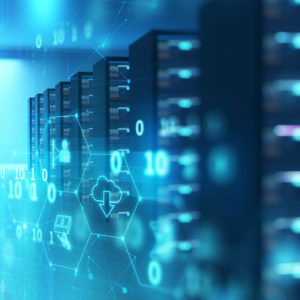 Should data centers–a crucial component for processing and storing the huge amounts of data used by companies, governments, and people–receive a tax break for locating in Pennsylvania?

Arguments for and against were at the crux of a  hearing held by the Pennsylvania Senate Community Economic and Recreational Development Committee at the vXchnge Data Center in Philadelphia to discuss what’s in store for the future of technology infrastructure. The hearing was hosted by Sen. John Yudichak (I-Carbon and Luzerne), the lone independent in the state legislature, who was joined by Minority Chair Sen. Amanda Cappelletti (D-Delaware and Montgomery) and other senators on the committee both in person and virtually.

The hearing kicks off a series of discussions the committee plans to have on infrastructure needs. It also follows news of the Biden administration giving Pennsylvania a C- on its Infrastructure Report Card.  While the grade covers issues far outside the generally accepted definition of “infrastructure,” the report included broadband.

With this backdrop, Yudichak invited Sen. Scott Hutchinson (R- Butler, Clarion, Forest, Venango, and Warren) to share information on his legislation, SB 463. The bill would establish a sales tax exemption for data centers equipment. According to the co-sponsorship memo, such an exemption already exists in 29 other states. The bill enjoys the support of industry representatives who appeared before the committee. “Pennsylvania already has some advantages for a robust data center industry to grow here,” said Hutchinson. “But what we really need now is a sales tax exemption.”

Cappelletti, at times combative with those who testified, referenced the Biden Infrastructure Report Card throughout the hearing. Her preference would be to focus on addressing broadband access, not providing a tax credit for data centers. The senator was skeptical about whether providing a tax credit to data centers would help communities in no or under-served areas gain access to high-speed internet.

“Ask our children who had incredible difficulties accessing schooling for online learning during the pandemic,” Cappelletti told Steve DelBianco, a representative of NetChoice. “We are struggling, our constituents are struggling with internet and we’re saying let’s give tax cuts and there is no guarantee that any of this is going to lead to jobs or investment into our communities. We have got to take care of what’s going on in our communities right now, that’s where I’m at.”

This was not a view shared by most of those who testified. For example, William Lowery, a policy expert on data center technology, believes incentivizing data centers will bring more infrastructure.

“If the economical opportunity is there for these metro carriers to bring fiber to these data centers,” Lowery said. “It’s a small incremental cost for them to add a little bit more infrastructure to serve the local communities. What we generally see is bringing the data center is actually the egg to the chicken. You are creating the incentive to bring more broadband to the area and generally providing the community with a benefit.”

Sen. Lisa Boscola (D-Northampton) took a different view of the bill. “I’m wondering if this bill, SB 463, is going to be enough?” she asked. “Considering all these other states are doing this now, are we going to have to keep trying to make other incentives?”

“Your bill is permanent,” Comstock said. “Often when the companies are looking for economic certainty as the previous speakers pointed out, you want to know how long that is. Having a permanent exemption does provide an additional incentive.”

Zach Gniewoz of IBEW Local 98 said data center projects in the Delaware Valley are crucial to its members.

“These kinds of jobs are game-changers,” Gniewoz said. “It gives us a chance to organize and raise the middle class from the inside out.”  Gnienwoz cited his work at a GSK data center as setting him up financially when he was starting out.

“I hope today’s informative hearing helps legislators across the aisle and the Wolf administration to seriously consider Sen. Hutchinson and Rep. Oberlander’s efforts to dramatically improve Pennsylvania’s tax policy related to data centers,” said Yudichak, in concluding the hearing. He later added, “when labor and business industries come together, we have been able to create tens of thousands of good-paying jobs here in Pennsylvania. I hope as we move forward, we can continue to build a coalition of business and labor to grow our economy,”