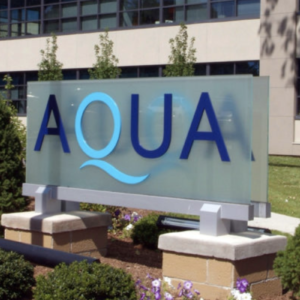 Is Aqua’s ‘No Rate Hike’ Pledge a Hollow Promise?

As the complex legal and political battle over the future of the Chester Water Authority rages on, most CWA customers are focused on one simple question:

What about my rates?

Aqua America has made a $410 million bid for the water authority’s assets. They are pledging to keep the 200,000 current CWA customers’ rates flat for a decade. Make the deal, Essential Utilities Chairman and CEO Chris Franklin told Delaware Valley Journal, and “there will be no movement in what the customer pays.”

Not so fast, says the CWA’s attorney Frank Catania.

“Aqua can’t promise not to raise rates because Aqua doesn’t set the rates. The PUC [Public Utility Commission] does.”

And this is where the debate over the impact to ratepayers of the city of Chester’s attempt to sell the CWA gets complicated. The story also highlights the fact that, in the end, there is no certainty about future rates under the Aqua deal.

It all comes down to another simple question: Who can ratepayers trust?

Catania says it’s not Aqua. “If Chester sells to Aqua, it’s not a matter of ‘if’ there will be higher rates, but ‘when,” Catania told DVJournal.

“To my knowledge, we’re the only bidder who has said what rates will look like for the next decade – no other utility in the entire country has done that,” Franklin responds. “Has Chester Water made a similar pledge?”

But “no new rate hikes” is a much easier promise to make than it is to keep. Particularly in the case of Aqua and the CWA.

Aqua has been on a buying spree across Pennsylvania, snatching up sewer and water systems under a 2016 law known as Act 12. This law lets investor-owned utilities charge ratepayers for the appraised fair-market value of the assets. Aqua currently provides water service to nearly 450,000 customers in 32 Pennsylvania counties and wastewater service in 15 more.

As Aqua raises rates to cover its costs, the rates of its previous customers come into play under a policy known as “single tariff pricing.” Its premise is that similar customers should pay similar prices for similar services — a situation that absolutely wouldn’t exist for other Aqua’s customers in the CWA service territory.

“Our rates are one-third to one-half those of Aqua,” Catania says. “The PUC isn’t going to let one set of Aqua customers pay rates half as high as others in the same territory.” The CWA is scheduled to raise rates in 2022 for the first time in 11 years.

It’s an issue at the heart of a complaint filed on September 13 by the Office of Consumer Advocate regarding Aqua’s current request for a rate increase.

“Aqua has base rate cases for both water and wastewater pending before the [PUC] right now, and the OCA filed a complaint and is an active party in those cases,” Interim Acting Consumer Advocate Christine Hoover told DVJournal.

And part of that cost is determined by what the company, in the case of Aqua, pays for the water system. “The revenue requirement is driven by the purchase price, the rate-making rate base in a fair market value acquisition,” Hoover said.

This means higher rates under Aqua, the CWA and its allies argue. “Aqua can say ‘we’re not going to raise your rates for ten years,’ but what that really means is we’re going to take 10 years to get you up to single tariff pricing,” said Catania. “And if the PUC says, ‘no, that’s not OK, you’ve got to do it in three years because it’s unfair to other customers,’ then Aqua can say, ‘well, we didn’t want to raise your rates yet, but there’s no choice and it’s not our fault.’ And everyone is stuck paying higher rates.”

Aqua says they have the answer:  “The city of Chester will take part of the $410 million [purchase price] and put it in a rate stabilization fund,” Franklin said. “There will be no movement in what the customer pays.”

Hoover said she is unaware of any similar workaround as part of a transaction approved by the PUC and declined to speculate about the viability of such an approach. But if rates are half those of similar Aqua customers and CWA is currently collecting $42 million in revenue, filling that gap would in theory be $420 million over the next decade — more than the entire offer Aqua has made.

There’s no reason to believe the PUC would immediately double anyone’s rates — indeed, it would violate their strategy of avoiding rate shock — but gradually raising rates over a decade would still mean tens of millions of dollars from the stabilization fund, and rising with every rate increase.

Aqua points to its high level of customer service —  more than 300,000 water quality tests per year — and the fact that it’s a local company that’s been part of the community for more than a century.

“We’ve been around as community partners for 135 years,” Franklin said. “We can make necessary investments to make Chester Water a very strong, viable water system.” And, Franklin said, the company is pledging to keep all the Authority’s employees, with commensurate pay and benefits.

Good news for the workers, but it also adds to the costs.

How well that fund will work has yet to be tested.

“They’ve never been able to hold to a rate agreement in place,” Catania said. “Never. Not even once. They make these promises and then the PUC lets them get away with not honoring them.”

Catania says the fundamental problem is that the focus of this deal between Aqua, the city of Chester, and the Department of Community and Economic Development is the city’s ongoing fiscal crisis. Chester is desperate for cash and the DCED is desperate to keep the city from falling off a pension-fund financing cliff.