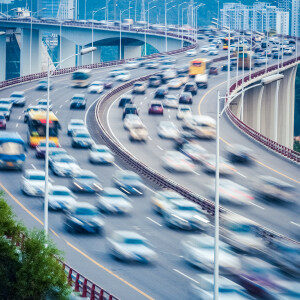 Update: Is A Mileage-Based Road Fee in Pennsylvania’s Future?

Even with the third-highest gasoline tax in the country, Pennsylvania officials still want more revenue.  Recently, a bipartisan panel issued a report to Gov. Tom Wolf outlining possible alternatives to the state’s gasoline tax. Chief among them is the mileage-based user fee (MBUF).

Wolf created the Transportation Revenue Options Commission (TROC) five months ago to study the issue. That group offered an assortment of options for replacing or modifying the state’s existing gas tax to generate revenue to maintain roads and bridges.

Those options included increasing fees for motor vehicle registration, vehicle rental, or leasing, as well for electric vehicles, and making portions of limited access highways into toll roads. And the commission also raised the possibility of charging drivers a fee for miles they drive each year in a particular vehicle, a mileage-based user fee (MBUF).

Yet another proposal called for indexing the state’s current motor fuel tax to inflation.

The revenue is intended to not only meet PennDOT’s current $8.8 billion budget, but to also support an additional $9.35 in highway repairs and upgrades, the report said.

In a letter to the governor that accompanied the report, PennDOT Secretary Yassmin Gramian, the commission chair, said the state must take a new approach to meeting its long-term transportation needs, citing a decline in gas tax revenue. This is a growing nationwide problem as more electric vehicles take to the streets.

At the end of 2020, Pennsylvania ranked 15th in EVs on the road, with 17,530 registered in the state, according to the Alternative Fuels Data Center.

But the primary reason for the drop in gas tax revenue is the increase in fuel-efficient vehicles.

Pennsylvania’s tax on gasoline is 58.7 cents per gallon (75.2 for diesel fuel). That puts Pennsylvania just behind California (66.9) and Illinois (59.56). Additionally, motorists nationwide pay a federal excise tax of 18.4 cents per gallon of gasoline, a rate that has not changed since October of 1993.

Gramian made it clear that she considers the MBUF the most practical long-term remedy to PennDOT’s funding issues.

“The Mileage-Based User Fee (MBUF) approach presents the most promising long-term solution for Pennsylvania and nationally,” she said, for aligning transportation revenue with the needs of the system. “However, a full MBUF system could be far in the future. In the meantime, we need bold action to meet the system’s improvement and maintenance needs and to prepare the way for MBUF.”

The panel’s report is now in the hands of the House and Senate Appropriations and Transportation Committees.

Elizabeth Stelle, director of policy analysis for the Commonwealth Foundation, a free-market think tank, said the state should put the brakes on the MBUF until it improves the spending side of the equation.

“When it comes to transportation funding, the most important principle is ‘user pay.’” she said. “You want to create a transportation system where the people using the infrastructure are the ones paying for the infrastructure. The issue with the TROC study is that they were only allowed to look at one side of the issue, and that is the revenue side.”

“They were not allowed to look at the sending side,” she said. “How are you doing at spending funds you have? And that’s something that is very concerning to us because Pennsylvania does not rank very well in terms of the quality of our roads.”

Rob Altenburg is the Senior Director for Energy and Climate for the environmental group Penn Future was concerned that the commission gave short shrift to environmental issues.

Altenburg noted there are pros and cons to the present gas tax.

“As a con, certainly it’s a regressive tax. In the U.S. as a whole, poorer people spend much more of their income on transportation…..You’re also not necessarily equitably distributing the payments on a gas tax. Typically, a newer car is going to have better mileage than older car. So, just as a function of people buying new cars, somebody that is better off is going to pay less taxes.”

It’s up to the legislature to decide how to fund road and bridge maintenance, he said, but it will take a lot of effort to get these changes through.

“Getting anything passed is somewhat challenging,” he said. “But one of the areas that probably has more bipartisan agreement than others is when it comes to highway infrastructure …Our legislature in particular has an incredibly tough time raising revenue from any source. But it seems like the maintenance of roads and bridges really hits all constituents hard enough that if it’s going to get a revenue package moved, that might be the area where you’ll see it.”

And it’s not just Pennsylvania. The bipartisan infrastructure bill currently being considered in Washington, D.C. includes a pilot program to charge drivers based on vehicle miles traveled.