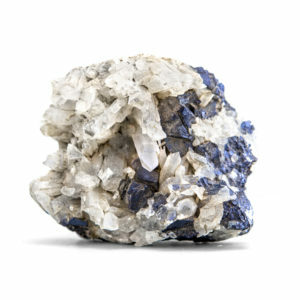 At a time when America is paying billions of dollars annually for imported minerals and metals, it’s incomprehensible that we’re allowing an albatross to remain around the neck of U.S. mining.

As a petroleum geologist, I can tell you the U.S. has an abundance of untapped minerals and metals. What we lack is an efficient permitting process to access them. It currently can take a decade or more to bring a new U.S. mine into production.

Blame Congress for that excessively long delay. A Senate bill to modernize the licensing process has been tied up in the Energy and Natural Resources Committee for years. Because of that, the U.S. was forced last year to import more than $32 billion worth of minerals, ranging from rare earth minerals to commodity metals such as copper and zinc, which are necessary for our weapons systems, energy, and communications technologies, plus an endless variety of commercial products.

Think about that for a minute: We’re stunningly dependent on materials vital to our country’s existence.

Much of the global minerals supply is controlled by China, materials that are also the foundation of America’s energy security. They’re needed for every stage of oil and natural gas production and refining. Yet we rely largely on China for minerals such as bentonite, barite, potash, and graphite that are used to lubricate the drilling bit in oil and gas production. Over the years, the need for these minerals has climbed due to the shale boom and deepwater drilling. Barite is critically important in fracking. The U.S. imports over 75 percent of its barite, and over half of it comes from China. Rare earth minerals used in petroleum refining are China-sourced as well.

And it’s not just America’s oil and gas industry at risk from a sudden spike in mineral prices or an embargo. The green transition to solar energy, wind power, and electric cars relies on critically important minerals and battery metals such as lithium, graphite, and cobalt. Again, they’re largely sourced from—where else?—China.

Its vice-like grip on these critical supply chains is becoming both a powerful geopolitical tool and a significant leg up in the race for industries of the future. Many energy and auto industry jobs of tomorrow hang in the balance with China in a troublingly advantageous position.

There’s also the potential for problems with mineral imports from friendly countries as well. If you look at what happened during the early stage of the COVID-19 pandemic, the farther south you go, the more problematic dependence becomes. Peru’s copper mining, which is responsible for 12 percent of global production, ground to a halt. Indonesia, the world’s leading source of nickel, stopped shipments. South Africa cut off platinum imports.

U.S. dependence on imported minerals has doubled over the past 25 years, and the impact of this reliance is being felt in every American industry. We can’t take reliable imported minerals supplies for granted any longer. Consider that 93 percent of uranium fuel used at our nuclear power plants is imported, much of it from Russia and two other former Soviet republics, Kazakhstan and Uzbekistan. At the same time, the oil industry relies on Kazakhstan for petroleum reforming catalysts used in refining.

No other developed country hamstrings itself the way we do with domestic mine permitting delays. A painfully slow permitting process requires companies to get overlapping approval from multiple federal and state agencies. The U.S. once was the world’s leader in mining. But facing an adversarial regulatory system and endless permitting delays and uncertainty, mining investment is going elsewhere – just when the U.S. needs it most.

Demand for essential minerals is soaring. So, we must reembrace domestic production. Mine permitting reform that upholds environmental standards while bringing much-needed efficiency and certainty to a broken process is the commonsense bipartisan policy Congress should prioritize.