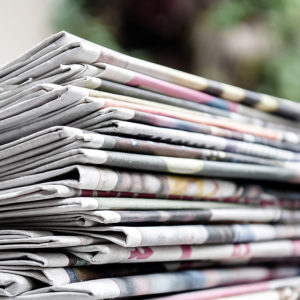 The Philadelphia Inquirer is standing by a story pushing a demonstrably false narrative that the West Chester Borough Council was inundated with “dozens” of “hate-filled” and “vitriolic” emails about a proposed LGBT event that was also slated to feature drag queens.

On Sept. 22, the Inquirer published its story about the cancellation of OUTFest, a gay pride event that celebrates when people come out as gay. The event also planned to feature a small number of drag queens.

“West Chester canceled an LGBTQ celebration this week after receiving dozens of emails that the borough council president said were ‘hate-filled’ and ‘vitriolic’” the story’s lead paragraph said.

However, West Chester resident Dr. Beth Ann Rosica used Pennsylvania’s Right to Know Law to request any emails sent to borough council members about the event. She was able to only identify nine emails sent prior to the council’s announcement that the event would be canceled.

One of the emails describes the planned event as “despicable.” Some dictionaries define despicable as something worthy of hate, while the Merriam Webster online dictionary says despicable is “deserving to be despised: so worthless or obnoxious as to rouse moral indignation.”

Another email worried that the event would lead to “grooming of children by further normalizing sexual content and behavior for children.”

Perhaps as many as three emails appear to be agitated or emotional of the nine requesting that the event be canceled. The remainder of the emails addressed the question as to whether the event was too sexualized to be held in public, and possibly in front of children.

“I want to commend you for your efforts to make West Chester welcoming to everyone,” one of the polite emails said. “I think it’s one of our town’s many attractions. However, I’m really disappointed to learn that West Chester is hosting the OutFest event featuring several drag performers, and marketing this as a family, community-building event.”

Another of the nine simply said, “…the Outfest on October 1st should not be approved, this type of event should be done privately, not in our public streets.”

Those two of nine emails do not appear to rise to the characterization of “vitriol,” defined by Merriam Webster’s online dictionary as “bitterly harsh or caustic language or criticism.”

The Inquirer’s story was headlined, “West Chester had to cancel an LGBTQ celebration after a ‘hate-filled’ response,” and the story’s tag line said, “officials and community members say they remain disturbed by the vitriol.”

The headline is directly contradicted by a sentence in an email from council member Bernie Flynn who told one citizen “the main sponsor pulled out and there wasn’t enough volunteers or vendors.”

The Inquirer story did quote from the cancellation announcement from the borough’s Business Improvement District (BID) which blamed it on a number of factors.

“While there were many logistical challenges that contributed to this decision, including a low number of vendors and volunteers to make it a successful event, it was also due to the vitriol and hate directed at this event and its organizers,” the social media announcement said. “We no longer felt as though it was a safe space to put our community in.”

None of the emails obtained by Rosica make any statement that could reasonably be thought to resemble a threat.

Broad + Liberty asked reporter Erin McCarthy if she personally viewed any of the emails prior to filing the story, given that the story does not quote any single example of a hateful or vitriolic email, nor does she say if she reviewed any emails.

That email to McCarthy, also sent to more than half a dozen of editors at the Inquirer, was not returned.

In an on-air report with the CBS affiliate in Philadelphia, reporter Siafa Lewis said the council members received “a ton” of emails in protest.