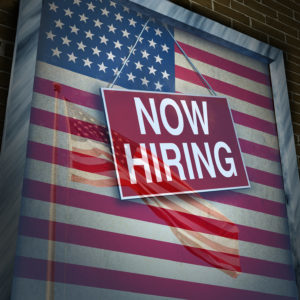 After an unexpected rebound in May, the nation continued its recovery from the coronavirus-induced recession in June, adding 4.8 million jobs, according to the Labor Department. June was the best month ever for job creation in the United States, beating May’s record-breaking gain, the Labor Department said.

The unemployment rate fell to 11.1 percent in June, but the Bureau of Labor Statistics says that is not reflective of the real picture. For the last few months, a miscalculation has plagued the BLS in preparing its report. Much of this has been attributed to the massive amount of layoffs in such a short amount of time.

The BLS estimates the “true” unemployment rate is about 12.2 percent, still down significantly from last month’s estimate of 16.3 percent.

While the number of unemployed people fell, the number of people who say they are now “permanently unemployed” — meaning they don’t have a job to go back to — rose again this month.

June didn’t just beat May in the overall figures, it also beat it when it comes to the expanse of recovery. Black and Hispanic unemployment rates also fell sharply, compared to last month where they rose or fell only slightly respectively.

President Trump celebrated the report saying at a news conference it was “spectacular news for American workers and American families,” and that it “proves our economy is roaring back.”

Meanwhile, in Congress there is a fight brewing between Democrats and Republicans on the extension of stimulus funds.

The focal point of this battle is over the unemployment insurance expansion. The CARES Act boosted unemployment checks an extra $600. This and other government programs, like the $1,200 “stimulus checks,” helped stop the number of people in poverty from increasing.

Democrats have argued  that this expansion has been critical for the earlier than expected economic rebound, and want to extend it past the July 31st cutoff date. Senate Democrats have introduced a bill that would extend the program and have it phase out across states once they fall below 11 percent unemployment.

Republicans believe that extending the program could lead to the unemployed not wanting to return to work because the $600 unemployment benefit in many cases makes their unemployment checks higher than their expected salaries.

A new stimulus package however in recent weeks has an added sense of urgency. As many states deal with new surges of the coronavirus, they’ve been forced to reverse reopening measures or halt future ones.

In Pennsylvania, the state has expanded its unemployment benefits timeline.

These benefits can last up to 13 weeks. While the timeline of these new unemployment checks were decided by state officials, the size of them, and if they include the extra money, will depend on what federal lawmakers agree on.

What is clear from the BLS report is that the resurgence of the American economy continued for a second month. However, decisions that policymakers make this month could be determinative of if it continues.