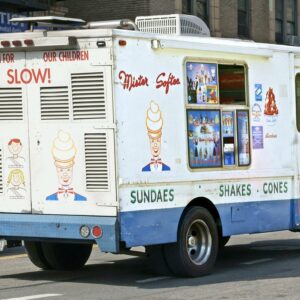 Ice Cream Mogul Gets In His Licks in Philly D.A. Race

Here’s the scoop: The Philadelphia district attorney race is serving up some stone-cold politics.

The first salvo was fired by the Philadelphia Fraternal Order of Police, which enlisted the aid of a Mr. Softee ice cream truck to highlight their contention that D.A. Larry Krasner is “soft on crime.” Krasner is facing former assistant district attorney Carlos Vega in a May 18 primary election and the FOP is hoping its sweet gambit will lead to just desserts.

“As a lover of both ice cream and justice, I’m writing in response to the Philadelphia FOP’s ‘Mr. Softee’ stunt last week,” the co-founder of Ben & Jerry’s said in a press release. “The Philly FOP is out of control, regularly lashing out at anyone who threatens their historically unquestioned power. They resist when anyone breathes a word about police accountability, decrying an end to qualified immunity, a movement towards more transparency, or the prosecution of police officers who abuse their power and cause harm. Because Larry Krasner holds police accountable, and has spent his entire career doing that, they cannot tolerate the possibility of his reelection.”

“To be clear,” Cohen continued in his statement, “Mr. Softee isn’t even ice cream,” Cohen said. “It is pumped up with a lot of hot air which is somehow frozen in a limp sort of way. It is chock full of artificial ingredients. In short, it’s fake ice cream. Just like the lies that the FOP has been telling about a courageous fighter for true justice and one of the best D.A.s in the U.S.”

The FOP wasn’t just going to sit back and get creamed.

“Facts are facts, District Attorney Larry Krasner’s failed policies have made Philadelphia more dangerous,” John McNesby, president of FOP Lodge #5 told Delaware Valley Journal. “Homicides and shootings are up nearly 40 percent and that has Philadelphia voters very uneasy and concerned. Mr. Cohen is begging for relevancy in this market and Mister Softee and Carlos Vega are the go-to choices for Philadelphians. Vermont is best known for its majestic beauty and first-class maple syrup, not funky, over-priced ice cream.”

Ben and Jerry’s ice cream, known for flavors like Wavy Gravy, Half Baked, and Satisfy My Bowl, serves a very different market than the children who rush out the door when they hear the sound of the Mister Softee song. Their affluent, progressive consumers tend to be politically active. Mister Softee is a confection of the common man.

As for accusations of “fake ice cream,” Cohen’s critics note he no longer owns Ben & Jerry’s, having cashed out and sold the company to the British firm Unilever in 2000.