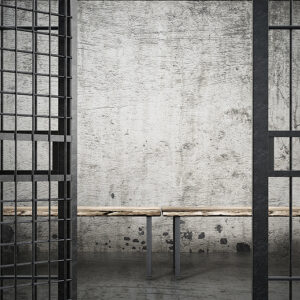 I Spent 17 Years in a Private Prison. Here’s What Happened When I Got Out.

My name is Elmo Golden, and I live in Tampa. But for 17 years, my home was the GEO Group’s correctional facility in South Bay, Florida.

I’ve been out for almost two years now. I’m not very political — prison life has its own politics — but a reporter recently asked me what I thought about President Joe Biden’s decision to order an end to contracts with private prisons.

First, I thanked the reporter for asking, because most people don’t do that. They don’t come to the prisons and ask us “how do we feel?”

Second, I told him if they did ask, they’d hear a lot more ‘yes, we need private institutions’ than ‘no, we don’t’ from guys like me.

I have no interest in talking about the crimes I committed that put me into South Bay, or about what life is like in prison day in and day out. What’s important to me was the most important question I faced while I was incarcerated: What would happen to me when I got out?

The fact is, 95 percent of state prisoners will be released at some point back onto the streets. For me, I was afraid that would be actually “on the streets.” I had experienced homelessness before, and my primary concern about leaving prison was housing — where would I lay my head?

I had already made up my mind that I couldn’t go back to Ft. Lauderdale where I grew up. I knew what was waiting for me: Drinking, drugs, partying — when I went back to my old neighborhood, my high school friends were still on that same corner. If I went back there, I figured it wouldn’t be long before I went back to South Bay or someplace like it.

The folks at GEO helped me find housing as part of their ‘Continuum of Care’ program. It actually started about 16 months before I got out. They assigned me a personal counselor, someone I had to be in the interview room with every week, teaching me basic life skills like dealing with my anger.

Now, months after I left their facility, the program continues. I’ve got a counselor. I’m being held accountable. They check my living conditions, give me someone to talk to about problems I encounter out in the world.

GEO also helped me find a profession. While I was still incarcerated, I had the opportunity to take a college course. It’s called the Water Treatment Program. At first, I was the only person interested, but soon it exploded into a full class of 10 people. They provided the space, as well as the books and calculators — both of which were expensive – and the ability to take the qualification test.

When the day of the test arrived, there was a mix-up and I didn’t have a way to get to the site where the test was going to be proctored. I had been up since five o’clock that morning and I didn’t know what I was going to do. But the warden and assistant warden from South Bay, they made sure I was able to take that test and graduate.

They told me, ‘We need you to take that test. We need you to graduate.’ This coming from the prison administration, which most people think of as the enemy. It was amazing.

And there was one more amazing thing still to come.

When I went to prison, I had never met my father. I knew he lived in Tampa, so when I got out, they were able to provide transitional housing for me there. And after a few months searching, I found my dad.

I knocked on his door and he said ‘Who is it?’ I said ‘It’s your son.’ He said ‘Who?’ I told him again. And he opened the door, looked at me, and then his head dropped and he shuffled his feet. I said:

‘I don’t want anything from you. You don’t owe me anything. And I’m not mad at you. I just want to take you to dinner.’

I introduced him to my daughter  — his only granddaughter — and now we’re just trying to figure things out.

Sometimes when we look at what’s being given to us, it’s just another step to opening up something. And in my case, it was being united with my family.

Like I said, I’m not political. All I can do is tell my story. And my story is this: After 17 years in prison, I would not be where I am today without the help I got, both inside and outside, from the people at GEO. They had a culture of family that eventually helped me find a family of my own.

Why would anyone want politics to change that?

Elmo Golden spent 17 years incarcerated at the South Bay Correctional Facility in South Bay, FL. He is now a mentor at the nonprofit Dignity Speaks.