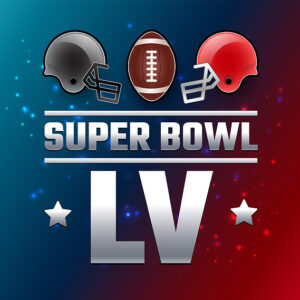 How do Eagles fans feel about Sunday’s Super Bowl? To find out, let’s go to the videotape:

Throughout the Tampa Bay Buccaneers’ history, they had never won a road playoff game. That was until January 19, 2003, of course, when the Bucs came to Philadelphia and Veterans Stadium in The Vet’s final game. Tampa Bay was leading the Eagles 20-10 with a few minutes remaining in the fourth quarter, and the Eagles were driving to cut the lead.

Then…Eagles quarterback Donovan McNabb, ol’ number five, threw the most devastating interception in the history of a franchise that was desperately looking for a Lombardi Trophy. Ronde Barber intercepted the ball and completed a 92-yard pick six to bring The Vet down once and for all. All of the players who suffered devastating injuries on its turf celebrated in unison as Keyshawn Johnson proudly screamed: “Shut The Vet Down! No more Vet!”

Tampa Bay won the NFC Championship 27-10 in Philadelphia, then went on to massacre the Oakland Raiders 48-21 in the Super Bowl. Score one ring for The Bucs, zero rings for the Eagles.

The 2004 Eagles season was magic. The “Three-Headed Monster” of a backfield dazzled with Duce Staley, Brian Westbrook and Correll Buckhalter powering forward to run for nearly 2,000 yards, score 20 touchdowns and average 4.8 yards-per-carry. Add a few good runs from QB Donovan McNabb, a shovel pass and a punt return here-and-there, and arguably the best Wide Receiver in the league in Terrell Owens (T.O.), and you have an offense worthy of a championship.

Four straight seasons ended in heartbreak. There were moments in the 2005 playoffs where any fan of The Birds would say “this is it, our season is going to end right here.” That’s how it felt against Brett Favre and the Green Bay Packers with 1:12 remaining in the 4th quarter and the Eagles trailing 17-14. Somehow the Eagles and Packers were meeting for only the second time ever in the playoffs. Their last game in the post-season was contested in the 1960 NFL Championship Game at Franklin Field in front of a record-setting crowd of 67,325 people. Philly was victorious then, winning the championship at home 17-13 over Green Bay, who was coached by NFL Hall-of-Famer Vince Lombardi. Lombardi’s name now graces football’s ultimate trophy. A trophy that Philadelphia was never able to capture heading into the 2005 NFL playoffs.

The football Gods smiled on Philadelphia as McNabb connected and “Fred-Ex” (Freddie Mitchell) delivered a first down in what’s known as the legendary “4th and 26” play. Much like the “Miracle on Ice”, “4th and 26” setup the David Akers field goal to send the game to overtime. Akers would kick another field goal to ultimately win and send the Eagles to the Super Bowl for only the second time in franchise history.

Bring on Michael Vick and the Atlanta Falcons.

The NFC Championship was hyped up something fierce by the sports media as “Eagle 5” was on a collision course with “Falcon 7” (referring to Donovan McNabb vs. Michael Vick). There was not nearly as much drama in determining the 2005 NFC Champ. Brian Dawkins delivered a merciless hit to Alge Crumpler in this game at Lincoln Financial Field, which sums up the Eagles’ 27-10 victory here fairly-well.

All that stood in the way of completing this memorable chapter in Philadelphia sports history was the New England Patriots and their bright young quarterback Tom Brady. Brady was looking for his third Super Bowl ring. He was named MVP of the two previous Super Bowl games where he led his team to victory, so how could his team lose? Answer: they couldn’t. Donovan McNabb had not thrown a Red Zone interception the entire season, but this being a Philadelphia story, he threw one right into the hands of Tedy Bruschi, New England’s linebacker.  The Patriots beat the Eagles 24-21 in Super Bowl XXXIX in Jacksonville, FL.

The one constant through all of this regular season success and major post-season disappointment was Eagle’s head coach Andy Reid. Reid was one of the best coaches in all of football on paper but fell flat at the conclusion of every season, including three straight NFC Championship losses and one Super Bowl loss. He never made it back to the big game in Philly.

It’s 2021 now and Andy Reid will be in the Super Bowl for the second year in a row, this time as the head coach of the Kansas City Chiefs. As a Philadelphian, I was rooting for Big Red last season as he was able to capture his first Lombardi Trophy. The Chiefs’ QB Patrick Mahomes has been one of the most exciting players to watch and appears to be on the same path to greatness as his opponent in Super Bowl LV — the Greatest of All-Time Tom Brady.

This year’s Super Bowl will be the rematch Andy Reid was never able to have when he led the Eagles into battle against a young Tom Brady in 2005. Brady is now 43 years old and looking for his 7th Super Bowl ring, somehow leading the Tampa Bay Buccaneers to their first Super Bowl appearance since winning it all in 2003. The Bucs are also literally the home team with the game being played at Raymond James Stadium in Tampa, FL.

The Eagles had their revenge against Brady and the Patriots in Super Bowl LII. Now it’s time for Andy Reid and his Chiefs to do the same and finally defeat Tom Brady AND the Tampa Bay Buccaneers at Raymond James Stadium. This one’s for Veterans Stadium. Avenge the final game at The Vet, and go get ‘em Big Red.