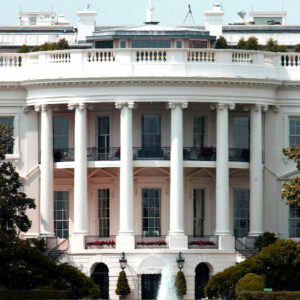 Early one evening in February 1946, Harry Truman summoned the White House’s chief usher to the second-floor Oval Study. He pointed out the window through the South Portico to the Washington Monument and Potomac River beyond.

“That’s a magnificent sight,” he said. Then he dropped his bombshell.

“I’d like to take better advantage of the view. I’m going to put a balcony there.”

It was the historical equivalent of the Great San Francisco Earthquake. While every president had made changes to the White House’s interior, some small and some significant, none had touched its iconic exterior since 1829, when Andrew Jackson had added the north portico to keep visitors from getting wet on rainy days. (Thomas Jefferson had suggested that improvement as far back as 1807.)

Harry Truman was no fool. He knew his proposal would ignite a firestorm. So, he had his rationale ready to share with Congress, the news media, and the public. But he also had a deeply personal reason for doing it that he kept totally to himself.

First, the experts were on his side. They said adding a balcony would make the mansion’s south front more architecturally pleasing. In layman’s terms, long vertical lines (such as the original six stone columns which survived the Brits burning the place in 1814) look better when broken up by a horizontal line across the middle. Such as a balcony. (Wink, wink.)

Then there were the savings. In the pre-air conditioning era, the mansion’s first floor sweltered during Washington’s tropical summers. Each year ugly canvas awnings were installed over the ground-level windows to provide a bit of relief. Not only were they eyesores but they were also dust magnets. Hauled down in the fall, they were so filthy they couldn’t be used again. Meaning a new batch had to be purchased every summer. By 1946, that was costing the government $20,000 a decade–nearly $305,000 today. Adding a balcony would save Uncle Sam money in the long run.

Democrat Truman didn’t bother asking the Republican Congress for the $16,000 to fund the project, since “no” was a foregone conclusion. He came up with the cash by making cuts to the president’s household account.

Then, in typical Harry Truman fashion, he built his balcony.

When the fuss finally died down, even the critics grudgingly admitted it was an improvement. And the American people gave it a thumbs up.

The balcony became so widely respected, in fact, Republicans jokingly “thanked” Truman for improving the house for the man whom they were sure would replace him two years later, Thomas Dewey.

But as we all know, things didn’t turn out that way.

Just days after Truman’s legendary 1948 upset reelection, he was forced to move out of the very house he had fought so hard to keep occupying. Decades of overbuilding and slipshod repairs had turned the White House into such a structural mess it was in dire danger of immediate collapse. After inspecting the old place, engineers ordered to him get out–at that very minute. (That’s how extremely close we came to losing the beloved landmark.)

The executive mansion was eventually completely gutted and rebuilt inside. One of the few features that survived intact: The Truman Balcony. It was so well-built it wasn’t touched during the two-year renovation.

Thirteen presidents have lived in the White House since Truman left it, and many said the balcony was one of their favorite spots. Besides providing one of the capital’s most impressive views, its breezy informality is a welcome break from the official stuffiness inside. The Truman Balcony is, quite literally, the White House’s back porch.

Which brings us to Harry Truman’s real, secret reason for building it in the first place.

Truman’s passion for his wife Bess is one of the presidency’s greatest love stories. He fell in love with her the first time he saw her in elementary school in Independence, Mo. in 1890 and didn’t stop loving her until the day he died in 1972.

While Bess loved Harry in return, she hated the spotlight that accompanied the presidency. Though she admirably performed her duties as First Lady, she jumped at any chance to return to their home in Independence, where she spent the entire summer of 1945, leaving a lonely Harry pining for her in the White House.

Their daughter Margaret wrote, “One of the chief pleasures of 219 North Delaware Street [the Independence house] was its porches, particularly the back porch …” where the family whiled away summer evenings “secure from prying eyes.” The Trumans sat there for hours, reading, listening to baseball on the radio (Bess was a huge fan), and playing cards while Bess savored the privacy.

Harry Truman added the Truman Balcony in the hope it would lure his wife into staying with him during the summer months.

But it didn’t work.

Much as Bess appreciated the gesture, and genuinely liked the new balcony, it wasn’t the same as the one at home. And nothing, nothing at all, could overcome her burning desire to flee Washington, with or without her husband. The summer of 1946 found her back on North Delaware Street.

The things we do for love.

But it’s a good thing for all of us he tried.