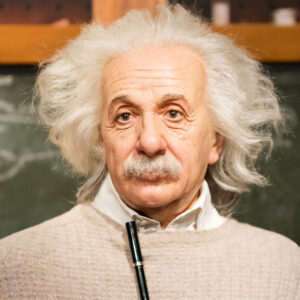 They are so famous, you can recite them from memory. They’re repeated so often, they’ve become part of our cultural currency.

Many legendary quotes from our past were misunderstood, taken out of context, or, even worse, never uttered at all.

What historical heresy is this, you ask? Consider the evidence.

“The British are coming!”  -Paul Revere

A dramatic line from a brave man. And he didn’t say it.

What Revere actually cried that fateful night in April 1775 was, “The Regulars are coming!”

Historians aren’t sure how “Regulars” turned into “British” in our collective memory. It didn’t come from Longfellow’s famous poem Paul Revere’s Ride, (“Listen my children and you shall hear …”) It seems to have sprung up on its own.

“Be the change you want to see in the world.”   -Gandi

Gandhi actually said, “As a man changes his own nature, so does the attitude of the world change towards him. We need not wait to see what others do.” Profound words, though they’re hard to squeeze onto a bumper sticker.

“Leo the Lip” wasn’t making a sweeping generalization about Nice Guys. He was commenting on a specific group that happened to be nice. And doomed to fail, too. And history somehow got it wrong.

“We are not amused!”  -Queen Victoria

Ok, this one is true. But not the way you think.

A servant once told a racy story in the presence of some ladies, including Her Britannic Majesty. And Victoria did reply, “We are not amused!”

But she wasn’t using the royal “we” (called a ‘majestic plural’ by linguists) to refer strictly to herself; she used the regular plural “we”, meaning she and the other women didn’t appreciate the bawdy tale. The quote was quickly circulated as supposed proof of Victoria’s prudish nature. She explained the backstory to a granddaughter shortly before she died in 1901.

“Reports of my death are greatly exaggerated.”  -Mark Twain

Speaking of deaths, this is among the most widely quoted of the humorist’s hilarious lines. And here’s the funny part: he didn’t say it, or any of its many variations.

A reporter really did ask him about his health and Twain really did answer, “The report of my death is an exaggeration.” That’s all.

And speaking of Twain …

“The only two certainties in life are death and taxes.”  -Mark Twain

Nothing like that ever came from Twain’s mouth or pen. Christopher Bullock claimed in 1716, “Tis impossible to be sure of anything but Death and Taxes.” Edward Ward echoed that in 1724: “Death and Taxes, they are certain.” The line sounded like something Twain would say, and to many folks in his time, that was good enough.

Barnum was a master showman, and he wasn’t above pulling a fast one on paying customers. Yet unlike most hoaxers and hucksters, there was no malicious intent in his heart. People enjoyed being in on the joke. They understood he was winking at them when he spread his malarkey, and they loved him for it.

So, where did “a sucker born every minute” come from? It originated with a rival showman who was jealous of Barnum’s financial success,

This is the master detective’s signature line. But search every page of every Sherlock Holmes story and novel that Sir Arthur Conan Doyle wrote, and you won’t find it. Not even once. It popped up in Hollywood’s old Basil Rathbone “Sherlock” movies.

Marie was the spoiled brat of Versailles, and everyone knows her days on the throne ended in a date with Madame Guillotine. But the French queen gets a bum rap for this quote because she didn’t say it. (Given her dimwitted nature, she likely didn’t even think it.)

So, what gives? Jean-Jacques Rosseau wrote, “I recalled a great princess who was told that the peasants had no bread and who replied: ‘Let them eat brioche.’” And it spread from there.

“I cannot tell a lie. It was I who chopped down the cherry tree.”  -George Washington

Reverend Mason “Parson” Weems wrote early biographies of America’s Founding Fathers. He liked making a good thing better by creating episodes out of thin air to reinforce character strengths. While that’s fine for a novelist it’s inexcusable in a biographer, and doubly so for a Man of the Cloth. (Remember the Ninth Commandment? “Thou shalt not bear false witness.”)

When Weems’ story came out in the early 1800s, George probably looked down from Heaven and asked, “What lie? What cherry tree?” Because neither happened.

The bottom line: When the veracity of a famous line is called into question, always remember another famous quote, an old Russian proverb that President Ronald Reagan loved repeating: “Trust, but verify.”