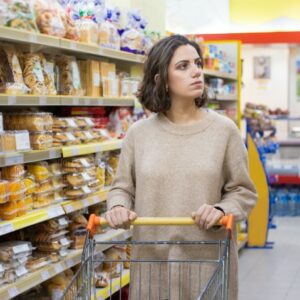 High Inflation May Be Temporary With Some Lasting Aspects

On June 10, 2021, the U.S. Bureau of Labor and Statistics announced that the Consumer Price Index for All Urban Consumers rose by 5 percent over the past year, the largest annual increase since August 2008. The Bureau also noted sharp increases for used cars and trucks (7.3 percent). Lumber prices have spiked too throughout the year but have recently seen a downward trend.

There is almost always a certain level of inflation occurring in the economy and the Federal Reserve sets a targeted level of around 2 percent. While the current 5 percent inflation is significant, it is expected to be transitory in most sectors, according to David J. Doorn, Ph.D., professor of economics and finance at West Chester University.

Doorn warned against comparing the current inflation rate to the rate during the pandemic as it will give an inaccurate comparison.

“A year ago prices were lower than they were previously because of the pandemic,” he said.

While part of the current inflation is driven by a sudden increase in consumer demand as COVID-19 restrictions lift, it is also impacted by company supply. Doorn explained that companies lowered the number of products they ordered during the pandemic since they expected slower demand. The recent increase in demand came very quickly and now companies are having trouble securing enough supply. In addition, transportation and shipping issues currently plague the marketplace along with shortages of key parts like microchips necessary for other products.

The push and pull with supply and demand struggles have also impacted the housing market. There is not enough housing inventory to feed the incredible demand displayed in recent months, setting off steep price increases as would-be buyers engage in bidding wars.

In addition to the supply shortages, there is also a labor shortage. As an incentive and in reaction to inflation, many companies have begun increasing wages to secure more workers. However, increasing wages then results in higher prices for consumers.

“I noticed the prices are going up considerably. I suppose the inflation is a result of the pandemic. I am a person who lives on social security and has a certain budget, like many other people in their retirement,” commented Nikki Gaston, a retiree from Elkins Park. “For those selling their houses, they are lucky but for those buying new homes, it is a bidding war with prospective buyers offering $30,000 over the asking price.”

Normally she pays $50 to get her dog groomed. Now it’s up to $65 in just a few months, Gaston told the Delaware Valley Journal.

“Firms are going to pay more and they’re going to pass that on to prices and there potentially will be some permanent increase in the price level going forward but probably not that dramatic,” Doorn said.

With a microchip scarcity driving a shortage of new cars, used cars and trucks have been selling at a premium. The Manheim Used Vehicle Index recorded a 36.4 percent increase in prices compared to June 2020.

Alex Frattaroli, senior sales manager at Gateway Kia in Warrington, said the days of purchasing a car at the manufacturer’s suggested retail price are gone for the time being.

“We have an adjusted market value addendum on all our cars [and] that’s thousand above the MSRP to kind of control how many cars we sell,” he said. “If we were selling cars at the MSRP right now, we’d be in trouble.”

Disinflation is expected to occur as supply and resources begin flowing again and as shipping issues resolve themselves. However, the current high rate can have some lasting effects beyond higher wages.

“The timing is an issue for all firms. They need to renegotiate supply contracts and they might renegotiate higher prices that are good for the next three years. So things like that mean, some of this extra inflation is probably not transitory,” Doorn added.

Meanwhile, economists have predicted a slightly higher than 2 percent inflation rate for next year, around 2.4 or 2.5 percent.