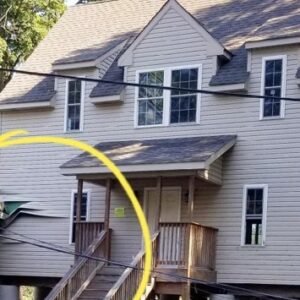 Helping Residents, Businesses in the Aftermath of Hurricane Ida

As the remnants of Hurricane Ida lashed the Delaware Valley region on Aug. 31 with wind, heavy rain and even tornadoes, Pocopson Township in Chester County and Chadds Ford in Delaware County were hit hard.

John Root, 89, said his Pocopson house filled with 8-feet of stormwater from Ida as the Brandywine River crested at 21 feet. He was staying with his daughter at the time but had moved furniture and other items to the upstairs.

However, he lost his appliances and everything was covered with mud.

On Monday he spoke with the Delaware Valley Journal while he was waiting for an electrician to come since he was required to have a new electric power box installed for his house.

“I didn’t have flood insurance,” he said, noting that that is very costly. “I’m depending on FEMA.”

Root does not know how much it will ultimately cost to fix his house and replace lost belongings but he guessed it might be about $50,000. Friends and family are helping him clean up.

The last time his house flooded was when Hurricane Gloria hit in 1985 delivering 43 inches of water, he said.

“I expected a foot or two (of floodwater),” said Root. “Nothing of that magnitude.”

Root said he appreciated that state representative Craig Williams came by to look at the damage and do what he could to help.

Williams (R- Chadds Ford), a prime sponsor, voted in support of House Resolution 139, introduced by Rep. Shelby Labs (R-Doylestown. I) to extend the resolution. But he urged residents and business owners who suffered damage not to delay in reporting it. President Joe Biden also signed an emergency declaration, which unlocks federal aid, he noted.

The first floors of some businesses and homes, including Root’s, were flooded in Pocopson Township and some homes were swept off their foundations by the rushing water, ending up across the street or downriver, he said.

There was damage to the ground floor of the Brandywine Museum, where the water went to the ceiling, but the artwork had been safely removed prior to the storm and was not damaged, he said. The museum houses the work of Andrew Wyeth and other members of that artistic family.

“I am proud to extend my support of this crucial measure,” said Williams. “In May, Pennsylvania voters approved two constitutional amendments giving the legislature a greater say in the management of disaster emergency situations, this is the exact type of cooperative management they expected.”

Williams praised cooperation between the branches of government as “stellar.”

“Since we had the disaster declaration we were able to stand up a disaster recovery center where these people can go to start taking advantage of federal programs,” he said. “My caution to the people who suffered damages: they need to move quickly, to get in there and make use of that help.”

The Disaster Recovery Center in Chadds Ford will be open Mondays thru Friday, 10 a.m. to 7 p.m., and Saturday, 10 a.m. to 5 p.m., at the Chadds Ford Township Building, 10 Ring Road, Chadds Ford, for residents and businesses recovering from the catastrophic damages caused by Hurricane Ida. Walk-ins are welcome.

For area counties with major disaster declarations, assistance may include grants for temporary housing and home repairs, low-cost loans to cover uninsured property losses, and other programs are in place to help individuals and business owners recover.