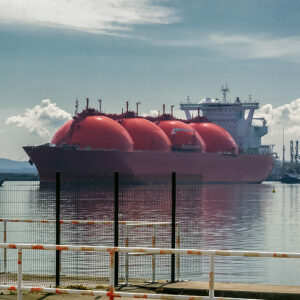 The Merchant Marine Act of 1920, more commonly known as the Jones Act, was enacted as a way to preserve the American shipping industry when World War I shipping blockades threatened the U.S. commercial shipping industry. The act requires all U.S. goods transported between U.S. ports to be carried on U.S.-made vessels operated by a U.S.-based crew. The Jones Act never fulfilled its original intent as a regulation and instead prevented a thriving economy.

While the Jones Act was conceived with good intentions, this 101-year-old law has driven the American commercial shipping industry to near extinction. Additionally, it has raised the cost of transporting goods (such as food and fuel).

The U.S. Bureau of Transportation Statistics calculates trends for shipping via merchant fleets across the world. In 1960, the U.S. Merchant Fleets comprised 16.8 percent of the world’s ships totaling 2,926. In 2019, however, the total number of U.S. Merchant ships was only 182 and comprised 0.4 percent of the world’s fleet. That means the total number of global merchant fleets had grown 253 percent compared to the 94 percent decrease of American merchant ships. Of course, the Bureau of Transportation doesn’t have data going back to 1920 when the Jones Act became law, but we can see a strong correlation with an over-regulated market.

It should come as no surprise that with the decrease in U.S. merchant ships we have seen an increase in the cost to transport fuel. As Keli’i Akina, CEO of the Grassroot Institute of Hawaii put it in an opinion piece published in The Hill, “Shipping oil from Texas to New England costs about $6 a barrel, while shipping to Europe costs just $2 a barrel. This kind of protectionism costs the petroleum industry alone more than $158 million every year.”

Without merchant ships, we are left to either transport fuel via pipeline, rail, or via truck (despite trucks also relying on oil). When oil is transported via more direct routes (ie: pipelines or ships) the cost goes down.

Trucks are also used for shipping most American goods which ultimately costs more wear-and-tear to roads, resulting in quicker deterioration of our taxpayer-funded infrastructure. This is in addition to the costs to our climate to transport fuel using that same fuel source being transported. With inflation and the rising cost of fuel continually at the forefront of American’s minds – removing the Jones Act entirely could drastically reduce the cost to transport goods and prevent rising costs of fuel from driving more people into poverty.

Biden’s temporary lift on the Jones Act is a reversal of his January 25 executive order where he stated he supports the Jones Act to, “keep jobs in America.” Despite that, Biden realized he needed to remove barriers in the way of transporting gasoline safety due to the recent ransomware attack.

When Puerto Rico was hit by hurricanes in 2019, many people urged President Donald Trump to suspend the Jones Act to make it easier to get supplies to those in need. He eventually did temporarily grant access to additional ships due to humanitarian concerns.

Suspending the archaic Jones Act is a good thing, but it isn’t enough. We need to acknowledge that the Jones Act has never fulfilled its original promises and is still actively harming our economy over a century later. It’s time we repeal the Jones Act – not just suspend it when the ship hits the fan.