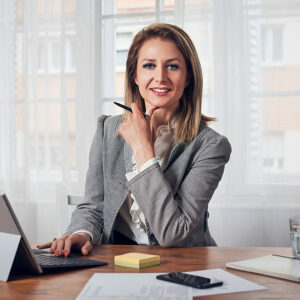 HAWORTH: Get the Ladies on Board!

The European Parliament has just approved this after 10 years of argument and preparation over the “Women on Boards” directive, which must be implemented within two years.

“It seems we’ve managed to kiss the Sleeping Beauty awake,” said Dutch lawmaker Lara Wolters, who co-authored the historic measure. She said the business case for more women in leadership is clear, claiming the law would be a landmark deal for gender equality.

“All the data show that equality at the top of companies is not achieved by sheer luck.” She added, “We also know that more diversity in boardrooms contributes to better decision-making and results,” meaning bigger returns on equities, sales and invested capital.

Currently, 28 percent of listed European companies have leadership positions held by women, 34 percent if non-executives are included. This contrasts with a 22 percent average for U.S. companies, according to a report by McKinsey & Co., a global management consulting firm. The comparable average in Europe stands at 30.6 percent.

Last month, a 2018 law in California requiring firms with headquarters in that state to have at least one woman on the board was rejected by a judge as being “unconstitutional.” He found the authorities had failed to prove that a gender-based regulation would improve opportunities for women in the workplace or was necessary to boost the economy.

However, NASDAQ-listed companies that don’t have at least one woman on their boards must explain to shareholders why not.

The EU’s Commissioner for Equality in Brussels, Helena Dalli, understandably hailed the mandated quota system for board membership. “Talent has no gender,” she said.

A better balance between the sexes in European management had been evolving — but not fast enough, according to its advocates. The long legislative struggle to get the law on the books was sustained by claims that quotas would lead to “tokenism” — underqualified people being promoted to boardrooms purely based on gender.

Having a better management mix was pioneered by Norway, which long had a minimum of 40 percent females on company boards. This inspired France, Italy, Germany and Spain to promote their national targets, while other members of the EU either had non-binding measures or no legislation at all, according to the Institute for Gender Equality, based in Lithuania.

But now EU leaders have stepped in to make minimum figures compulsory across the continent.

David Haworth has covered Europe for the International Herald Tribune and other publications since the early 1970s.