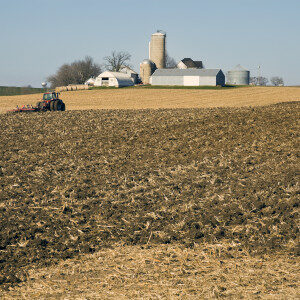 HARRIS: Family Farms Are the Bedrock of American Agriculture

Posted to Politics September 07, 2022 by Will Harris

Rising feed, fertilizer, fuel costs and global pressures have put the American farmer at a crossroads. The large, multinational agribusiness conglomerates who have come to dominate our nation’s food chain would like nothing more for regular Americans to think that their mass-produced meats are the only options available.

This couldn’t be further from the truth. Small and family-owned farms are vital to ensuring American families have a variety of choices to find their favorite foods at their local grocery stores, markets and, increasingly, direct to the consumer from the farm itself.

Big Ag is increasingly threatened by family farms that pride themselves on the humane treatment of the animals they raise and the farmworkers they employ, such that they have pumped untold amounts of money into taking their fight to the Supreme Court.

This fall, Big Ag is asking the Supreme Court to give them unprecedented power to dictate the rules of play for the entire farming industry and the agricultural conditions in America. The case was filed by the National Pork Producers Council after a successful campaign by the voters of California to encourage the humane treatment of farm animals and better food safety by banning the sale of products in California sourced from animals kept in extreme confinement. Even though courts have sided repeatedly with California voters every time this issue has been questioned, the highest court in the land is set to hear a case that threatens family farms and Californians who want humanely raised, safer food.

An adverse outcome could unravel states’ rules and regulations throughout the country, giving Big Ag the upper hand it needs to exploit its market share, economies of scale, vertically integrated business model, and anti-competitive behavior to take over agriculture in America. If the Supreme Court chooses to allow Big Ag to use its business decisions to resist state regulation, the court will be declaring these multinational conglomerates too big to regulate and making them unaccountable for how they treat their animals and their workers.

These large corporate entities have been crushing family farms. For example, in the last 30 years, nearly 90 percent of hog farmers have been put out of business as multinational conglomerates have grown their massive production facilities. Now, this case could put the family farms that have been able to survive in jeopardy of losing it all to multinational corporations seeking to control the entire pork market.

Big Ag has been fighting for decades to achieve unchecked growth and power in states across the Midwest and Southeast. These campaigns have been so effective that the typical consumer has no idea the products they buy can often come at the expense of the communities that most rural America calls home.

Factory farms do not result in the same economic benefits that come from offering meaningful employment to members of the community. Moreover, poor working conditions on factory farms often result in even poorer treatment of animals. Pigs kept in inhumane conditions are more likely to get diseases that can be passed on in the pork sold in grocery stores. Those diseases can also be harder to treat, or even untreatable, because of rampant antibiotic resistance on factory farms. Scientific experts recommend reducing disease spread in animals on farms to reduce food-safety risks to people.

Big Ag wants customers to believe there is only one way to farm and breed animals. This couldn’t be further from the truth. In reality, small and family farms have found incredible success selling free-range chicken, pork and dairy products to health-focused and environmentally conscious consumers. And in the case of pork, there are many different customer specifications, like organic, all-natural, antibiotic-free or crate-free. It is small farms that are meeting these consumer demands, and customers are choosing what works best for their families when given the opportunity.

If the Supreme Court sides with the intentions of these agribusiness conglomerates, industrial factory farms will continue to put family farms out of business and deny consumers any real choice in the meat products they cook for their families.

American agriculture, anchored by small and family farms, has been the bedrock of our society since the Framers wrote the Constitution. The court should not let Big Ag win this case to undo the choices of the consumers and keep animals in extreme confinement solely in the name of multinational profits.

Will Harris is the owner of White Oak Pastures in Bluffton, Ga. He wrote this for InsideSources.com.