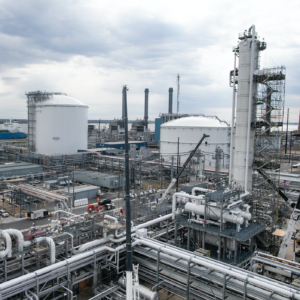 MELANCON: Gulf Coast and California Should Serve as Lessons for PA

In 2020 fashion, August was a wild month. Across the country, things continued to be abnormal, but it is times like these when we choose to learn the lessons of the new normal and strive for progress — or regress to the way things have always been.

On the West Coast, California — also the nation’s proudest renewables champion — has experienced weeks of rolling electrical blackouts in the midst of a near record-breaking heatwave. Just days ago Texas, Louisiana and the Gulf Coast were pummeled by Hurricane Laura, which slowed or shuttered much of our nation’s energy operations.

Meanwhile, Pennsylvania and the rest of the East Coast have been fortunate enough to escape hurricane season, with some regions just experiencing drenching rains.

The three different scenarios emphasize the piecemeal nature of the American energy supply chain — in turn spotlighting the need for regions to invest in energy infrastructure and cultivate energy hubs of their own.

California is adopting ideological policy preferences based not on present-day realities, but futuristic hopes. Meanwhile, the Gulf Coast of Louisiana and Texas remain to this day the nation’s only energy hub, which is strained every year at this time of year due to hurricane season.

Americans would feel less of a pinch during these times if our nation invested in adequate regional energy hubs, like Marcus Hook in Delaware County.

In California, the electrical blackouts could continue so long as demand (born out of summer heat) remains high or until the state is able to source energy from neighbors. Hopes of the state folding in natural-gas-fired energy to shore up intermittent periods of surplus and then shortage seem slim.

At the very least, California will face increased energy costs (in 2018 California energy costs were already 50 percent higher than the national average) through the remainder of the year.

In the Gulf Coast the stakes are also high. Not only is the Gulf responsible for over half of the country’s natural gas, the region generated a fifth of the country’s total electricity. And with the full damage from Hurricane Laura being tabulated, its impact remains to be seen.

On the COVID-19 front, damage to energy infrastructure and processing facilities in the Gulf can undermine the strength of personal protective equipment supply chains and manufacturing.

As the Wall Street Journal noted in an editorial earlier this year, much of the country’s mask and hand sanitizer supply chains rely on natural gas processing facilities. ExxonMobil, for example, transformed one of its refineries to begin producing hand sanitizer utilizing isopropyl, a byproduct of propane, which it donated 1,200 gallons of to the stockpile in Pennsylvania.

Similarly, the plant had upped production of specialized polypropylene to meet growing demands in the medical mask and gown manufacturing space. Given the sheer magnitude of Hurricane Laura, production could lag while Louisiana works to get back on its feet.

For Pennsylvania — and the Delaware Valley specifically — the signals from the West Coast and Gulf are clear: Investment in modern-day energy development and transport of this product is absolutely critical for reliability and affordability.

Strong natural gas production in Western Pennsylvania has created a real urgency to get product to market and establish a means to make the many natural gas derivatives available too.

It is able to receive, store and transport large amounts of natural gas and its byproducts for consumer, agriculture or manufacturer use — such as home heat, drying crops and the manufacture of the N95 mask or other medical equipment. And the facility has plans to expand.

The complex’s success is dependent on pipeline infrastructure, like Mariner East and more, to deliver the product for processing. Marcus Hook has served Southeast Pennsylvania, the region and the country at large for over 100 years.

It has provided good paying jobs for tens of thousands and through its revitalization, continues to be a major asset for the region.

Regional energy hubs are absolutely necessary in order to provide reliable and affordable energy sources for consumers across the country.

Pennsylvania has an opportunity to develop its hub, which would be a sign of great progress.

Charlie Melancon is a former Democratic member of Congress from Louisiana and a member of the Energy and Commerce Committee. He wrote this for Delaware Valley Journal.