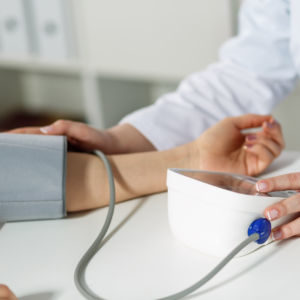 My most formative years were spent in the Garden State – I was born in New Jersey, spent my first 17 years there, and did graduate work at Rutgers University. Though I now live in Nevada, I frequently return to visit family.

The formative years have “stuck” with me and I’ve adopted many of the New Jersey lessons I learned about community and clarity.  I apply them to my career of improving the health, wellness, and social capital of my home and country. I’ve made it my professional mission to bring clarity to how we can improve patient outcomes and the health of all Americans.

So, what exactly will it take to improve our nation’s health and deliver patients the personalized care they deserve? One clear thing is that everyone needs increased access to genetic screening for their population by major health systems across the nation.

For example, the leading cause of death in New Jersey is heart disease. Increased access to genetic screening through population genomics programs can help patients and doctors clearly identify high-risk individuals for this and other diseases. As a result, providers and patents can take steps towards earlier detection and prevention.

Community and clarity are exactly what we’ve been doing at Renown Health, where thousands of Nevadans have already benefited from the power of population genomics. In 2016, Renown launched the “Healthy Nevada Project,” a first-of-its-kind community-based population genomics program. By providing a no-cost opportunity for community members across northern Nevada to learn about their genetic risks, the project seeks to better understand our state’s pooled genetic risks.

Participants consent to have their sequences become part of a larger research program which has allowed us to better understand associations that can help inform the development of more precise clinical treatments in the future.

In just six years, the Healthy Nevada Project has delivered remarkable results. We enrolled 10,000 participants spanning 135 northern Nevada zip codes within the 48 hours of going live. We recruited, sequenced, and provided initial genetic sequencing results to over 20,000 Nevadans within 6 months.

Most clearly, the project has positively impacted thousands of patients who would not have detected their high-risk for a serious health issue through traditional practice or doctor visits. 1 in 75 Nevadans who participated in the Healthy Nevada Project received actionable medical results across the three original conditions that we screened for: familial hypercholesterolemia, Lynch Syndrome, and hereditary breast and ovarian cancer syndrome. And most clearly – 90 percent of them would not have been discovered with traditional medical practice.

We’ve also been able to make important discoveries about genes like TTN and its potential role in individuals developing cardiomyopathy later in life, which may influence how routine heart disease screening is performed.  If we raise our community’s voices in support of population genomics, New Jersey can find the same benefits.

New Jersey is home to some of the nation’s most innovative hospitals and health systems. I call upon the Garden state’s great providers and researchers to further advance its progressive reputation outcomes-driven focus on improving patient outcomes by implementing a clear path to community-based population genomics programs.

Dr. Joseph Grzymski received his Ph.D. from Rutgers University and currently serves as the Director of the Renown Institute for Health Innovation & the Chief Scientific Officer for Renown Health.