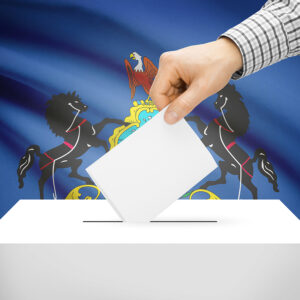 Pennsylvania’s election law is rife with fatal flaws, all of which must be fixed so voter confidence in the process is restored and they have faith in the election results. Some of those flaws again reared their heads during the 2021 Primary Election, which featured major issues, such as the lack of ballots at some polling places.

As chairman of the House State Government Committee, I recently issued a detailed report of the problems which came to light during the committee’s comprehensive series of 10 hearings we conducted from January through much of April.

Unfortunately, our state’s election code has been largely neglected since it became law in 1937. Much like a car, the election law should have received routine maintenance. If you do not complete oil changes, change out the spark plugs and perform other maintenance, it will break down. From 1937 until late 2020, the Commonwealth has not done much maintenance on our election laws. There were many undiagnosed problems and in 2019 with the passage of Act 77 and later with Act 12 of 2020, we put superchargers on a decades-old engine. The unilateral changes made by the Pennsylvania Department of State through its guidance and the Pennsylvania Supreme Court through its legal renderings changed the acts and destroyed the engine.

The election report is much like the diagnostic report on what is wrong with a car. In it, we highlight the fatal flaws voters have dealt with.

During the hearings, local election officials requested changing the voter registration deadline from 15 days before an election back to 30 days, absentee ballot application deadlines from seven days before an election to 15 days, and allow for pre-canvassing of ballots seven days before an election. The current, much tighter timeline has led to overworked election staff, some of whom are putting in large amounts of overtime. Our valiant election staff were given additional work with mail-in ballots and a much shorter time to complete existing and new tasks. Coupled with confusing guidance from the Department of State and last-minute legal decisions from the courts, it was a lot for the staff to handle in a much shorter window of time.

It is a shame the Wolf Administration has already turned its back on negotiating to reach a real solution to fix these systemic problems.

The election report, which can be found on my website, www.RepGrove.com, under the newsroom tab, diagnoses the flaws in our election system. In the coming weeks, comprehensive election reform legislation will be introduced.

Elections must be held to the highest integrity and be accessible to all legal voters. The aim of the bill we will introduce is to make sure it is easy to vote and hard to cheat. 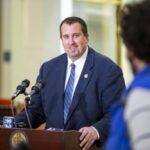