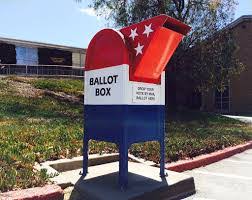 A new group is telling Pennsylvania residents to rise up and reclaim the voting process it says went awry when the state legislature passed Act 77 in 2019.

Act 77, among other things, gives voters 50 days of no-excuse mail-in voting before an election and brought ballot boxes, which have proved controversial. The group, BallotSecurityNow.org, is sending text messages to Republican primary voters targeting state representatives and senators who passed Act 77

“Blame GOP State Rep. Seth Grove for the 2020 election fraud in PA. He voted for the unconstitutional Act 77, which led to ballot-box stuffing and the defeat of President Trump. Now Grove will not do what it takes to repeal the bogus law. Help us convince him to do what is right.”

Ballot Security Now wants voters to demand their representative or senator sign a pledge to support action to repeal Pennsylvania’s unconstitutional Act 77 and restore all voting methods to those clearly described in the state constitution; support an amendment to the Pennsylvania constitution to specify voting will only be by processes in the constitution with no universal mail-in voting allowed; support a law to require photo identification for all methods of voting, in-person or by mail; support a law to require that all voter rolls be cleaned (removing dead voters or those who have moved away) before every election; support a law which requires that all ballots except military ballots must be received in the election office by poll closing time on Election Day.

Grove declined to comment about the texts, although he acknowledged receiving one.

“I have launched our state constitutionally mandated review of the 2020 election in a transparent fashion,” said Corman. “I have significant issues with Act 77 and how Gov. Wolf violated the law. As governor, I’m going to pass legislation that eliminates drop boxes, institutes photo ID requirements, and ends what has been a disastrous, no-excuse mail-in-ballot program. All Pennsylvania voters, regardless of party, must have confidence that their vote will be counted. If we don’t have faith in our elections, we have nothing.”

Locally, the Montgomery County Republican Party has accused Democrats of ballot-box stuffing and aired a video showing a woman placing multiple ballots in a box in Upper Dublin in November 2021. However, county officials claim that what she did is permitted. 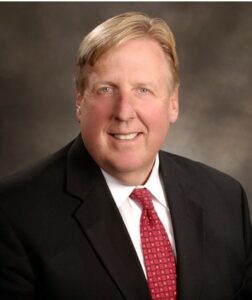 Doug McLinko, a Bradford County commissioner, is passionate about fair elections. McLinko, also a member of the Bradford Board of Elections, is a plaintiff in a case against the Pennsylvania Secretary of State, who is in charge of elections. He contends that because the move to mail-in voting was done unconstitutionally, he was placed in the untenable position of being required by the state to “act unlawfully.”

He argued on constitutional grounds and won in Commonwealth Court, which found Act 77 violates Pennsylvania’s constitution. Attorney General Josh Shapiro appealed to the state Supreme Court, where it is pending.

McLinko, a Republican, blames his party for Act 77 since Republican legislators passed it without Democratic votes.

“They destroyed the voting system in Pennsylvania,” he said. “And they never did anything to fix it. They can say they have, but they haven’t.”

While many people believe the pandemic led to mail-in ballots, Act 77 was approved before COVID.

While the legislature has held hearings and discussed auditing the vote, McLinko called that “smoke and mirrors,” which has not led to any meaningful action. A constitutional amendment needs to be placed on the ballot as soon as possible, he said. Otherwise, Pennsylvania and its crucial Electoral College votes will go to the Democrats in the 2024 presidential election and beyond.

He believes the Keystone State is the key and necessary for any Republican to retake the White House.

“Pennsylvania is the prize of swing states,” he said. And even if a Republican is elected governor in the fall, without removing Act 77, the 2024 election remains in jeopardy. The legislature must act to repeal the bill, he said.

“They screwed it up once, and they are capable of screwing it up again,” McLinko said.

If elected representatives will not take the Ballot Security Now pledge, McLinko called on voters to mount primary challenges.

“The deplorables are angry in Pennsylvania,” said McLinko. “And when you find out how bad this is, and what the state legislature did to your precious right to vote, you are going to be furious, too. And they don’t have any desire to fix it.”

“They all say they want investigations and audits, which means nothing,” said McLinko. “We need a constitutional amendment.”