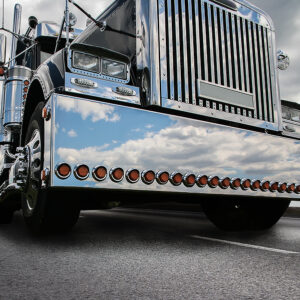 Pennsylvania’s county sheriffs join the Pennsylvania Chiefs of Police Association in strongly opposing legislation increasing truck weights that is under consideration in Harrisburg.

Scott Bohn, executive director of the police chiefs group, noted in a recent commentary that, “Not only do bigger trucks cause more damage to roads and bridges, but they also threaten the safety of the public.”

He is spot on.

Trucking is a vital component of our state’s economy; without it, freight shipment would not be able to move. However, there should be hard limits to truck weight and length regulations. Pennsylvania already has more weight exemptions on the book than any other state – exemptions allowing hauls over the standard of 80,000 pounds. Over the past couple of decades, lawmakers have let one commodity after another get an exemption, and they are currently proposing even more.

All these increases are starting to add up to a big negative impact.

First and foremost, our sheriffs are concerned with public safety. Heavier trucks come with an enhanced safety risk. A 2016 study by the U.S. Department of Transportation found higher crash rates for heavier trucks in the states that were studied, and that these heavier trucks had an 18 percent higher braking violation rate. This means more crashes, more injuries and more deaths.

We see these big trucks on our local roads as well as on the highways because there’s no trip by any of them that starts or ends on an Interstate. The “first-mile, last-mile” nature of freight travel guarantees those trucks will be sharing the road with school buses, residents going to the grocery store, and municipal vehicles. This, in and of itself, is a danger.

An assessment last year by the Commonwealth’s Transportation Advisory Committee found exemptions for bigger trucks “appear to shift a significant portion of heavy truck traffic off Interstate highways and onto state and local roads, raising both infrastructure and safety concerns.”

But before additional big trucks are approved by state legislators, these safety impacts to our citizens must be thoroughly examined. That is just common sense.

The safety concerns alone are more than sufficient to galvanize sheriffs’ opposition to bigger trucks. But the other reason to oppose them is the damage done to our roads and bridges. Taxpayers end up paying for the increased weights because they accelerate the degradation of our infrastructure. For a time, we had one of the highest gas taxes in the country – that goes towards fixing our roads. Adding even more heavier trucks is simply a waste of taxpayer dollars.

Our law enforcement officials aren’t “picking on agriculture” or targeting any single industry; they are all critical to our economy. However, sheriffs and their deputies must keep public safety in mind first and foremost, and so we ask the state legislature to stop the bottomless pit of truck weight increases and say “no” to further heavier trucks of any kind.

Joseph Groody is president of the Pennsylvania Sheriffs’ Association. He was first elected as Schuylkill County Sheriff in 2009, after serving two years as an appointed sheriff and has more than 43 years of experience in law enforcement. He wrote this for Delaware Valley Journal.