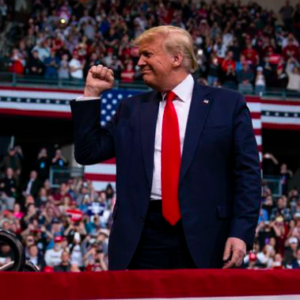 GRAHAM: The Story of the Midterms: The Cult vs. The Cause

“He who has a ‘why’ to live for can bear almost any ‘how,’” wrote philosopher Friedrich Nietzsche, and this midterm election suggests he was on to something.

Nietzche’s point was that people are willing to sacrifice material comforts and their personal well-being in service to a cause greater than themselves.

One of the most common cliches of pre-midterm punditry was, “This election will be about kitchen-table issues.” A close runner-up: “People vote their pocketbooks.” They are “how you live” issues. Paying the bills. Personal economic comfort. Cash in your pocket.

And the cliches were completely wrong. Yes, Republicans won a majority among voters who said the economy was terrible. But those voters were already more likely to be Republicans.

The problem is that, among those who described the economy as “not so good,” Democrats won by 24 points according to exit polls.

The same with the 1o percent of people in New Hampshire who “somewhat disapproved” of Biden. Typically, the party out of power would win those by 20 points. Instead, they went by about 10 points for Democrats.

And as Tom Bevan of Real Clear Politics noted, “The biggest stunner was independent voters, who went for the incumbent party by two points, 51-49, after four straight midterm cycles of breaking in favor of the out-party by double digits.”

Truly astonishing numbers, reflecting the fact most voters agreed Democrats are not getting the job done and a majority voted for them anyway.

When the final numbers are in, it is likely that voters under age 30 turned out in unusually high numbers, and that they dominated the same-day registrations. They didn’t show up to cast a vote on inflation policy or a rebuke of excessive government spending. These younger, more idealistic voters were motivated by the Democrats’ message to cast a vote to save America.

They voted to save women from a “Handmaid’s Tale” future, to defend our democratic system from MAGA “semi-fascism,” as President Joe Biden put it. They showed up not to save money on their energy bills but to save democracy itself.

They were voters with a cause and they overwhelmingly voted Democrat.

Other voters may roll their eyes and dismiss their alleged ‘cause’ as ridiculous. Overturning Roe sent the abortion issue back to the states, not Congress. And the record turnout is a rebuke to the “democracy in danger” charge. So, how did Democrats convince those voters that the fate of our republic was at stake?

The Democrats didn’t convince them. The Republicans did.

Despite their party winning a majority of the popular vote nationwide by around four percentage points, Republican candidates for U.S. Senate lost nearly every swing state. In other words, there were plenty of GOP votes to draw from. Governors like Brian Kemp (R-Ga.) and Chris Sununu (R-N.H.) won big victories while Senate candidates lost badly or were forced into runoffs.

It turned out that nominating Trump-backed candidates who wholeheartedly embrace ludicrous theories about stolen elections or have messy personal lives isn’t just embarrassing to Republicans. It also drives Democrats to the polls in droves.

Because many GOP primary voters insist on embracing the cult of Trump because they mandate candidates show fealty to him — and prove it by publicly embracing his most ludicrous claims — the party was represented by candidates like Pennsylvania’s Doug Mastriano and Arizona’s Blake Masters. Those candidates in turn drove up turnout among Democrats, guaranteeing their own doom.

In New Hampshire, the GOP’s fringe candidates also depressed GOP voting. While 97 percent of Granite State Democrats backed their party’s nominees, just 89 percent of Republicans did the same for their party’s picks. As a result, the state’s Republican governor won big, but so did all three Democrats running for re-election for federal offices.

Sununu has reduced the 2022 election results to a single sentence: “The voters want to fix policy, but they voted to fix ‘crazy’ first.”

The long-term challenge for Republicans, particularly in federal races, is that many parts of America are so affluent they can afford to vote on issues like abortion and election integrity and other abstract concepts, even when the economy is lousy. Voting their “why” doesn’t require much of a sacrifice from their “how.”

Nominating Trumpian Republicans and arguing that voters will accept their eccentricities in exchange for low taxes, more GDP growth, and “owning the libs” hasn’t worked since 2016. Gov. Ron DeSantis (R-Fla.) won a huge victory in a swing state, and he did it without Donald Trump.

Governors like DeSantis, DeWine, Kemp, and Sununu show there are plenty of Americans willing to vote Republican. The job of the GOP is to give them Republicans they can vote for.