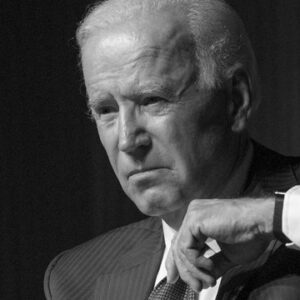 Their president is the most unpopular in the history of modern polling. Gas prices on their watch are about to hit $5 a gallon nationwide — and then keep rising. Inflation is higher than it has been in 40 years, and shoppers are being forced to cut back on basics.

At the southern border, record numbers of undocumented immigrants are pouring across the border. At the northern border, moms are driving to Canada to find baby formula for their children.

Crime is rising, parents are fleeing public schools and COVID is still infecting thousands every day.

And then there’s Afghanistan, China, Iran and Russia.

Welcome to the Democrats’ Thunderdome, 2022.

To casual followers of politics, the news for New Hampshire Democrats is bad. But for political pros and pollsters, it’s disastrous.

In another purple state, New Hampshire, the numbers are similar.

“Every midterm has been bad for the president’s party since 2006, and this cycle shows every sign of following that pattern,” said University of New Hampshire political science professor Dante Scala. “What’s striking to me in the latest UNH poll is how few New Hampshire folks think the country is on the right track — just 15 percent, a 20-year low. Even most Democrats feel the country is going the wrong way. When your own party is depressed …”

“It is hard to imagine a more hostile environment for incumbents at the federal level to run in,” Merrill said. “My prediction for what Democrats face in the 2022 midterms is the same as Clubber Lang’s prediction in ‘Rocky III’: ‘Pain.’”

One of the key indicators of how federal candidates like Reps. Chrissy Houlahan and Susan Wild are likely to perform in a midterm is the approval rating of the incumbent president. According to data expert Sean Trende at RealClearPolitics, “The single most determinative factor in midterm outcomes is the president’s job approval.”

And at this point in a presidency, nobody — literally no other president — has had an approval rating this low. As the Washington Post reported on May 27:

“Of the 13 presidents during the polling era, none has been in worse shape at this point in his first term, almost 500 days into a presidency, than (President) Biden’s 40.5 percent approval rating.”

That’s right: Biden’s approval rating is lower than Donald Trump’s. Ask Republicans how that worked out in 2018. (They lost 40 seats and control of the House.)

But it’s not just presidential approval ratings. Democrats are also facing a brutal issues set this cycle as well.

Polls consistently show the top issue affecting voters — by far — is inflation, followed by the related concerns of gasoline prices and the overall economy. In a new ABC News/Ipsos poll released Sunday, 83 percent of Americans say the economy is a top issue determining how they’ll vote. And 80 percent said inflation will play a key role.

Critics ask why Biden doesn’t sit down for a one-on-one interview with a major journalist — something he hasn’t done in more than 100 days — and lay out his strategy to fight inflation. (Biden has agreed to appear on TV comic Jimmy Kimmel’s show.)

But it may not matter because polls also show voters don’t trust Biden or his party to handle inflation or the economy. In the new Ipsos poll, Biden’s approval on the economy is just 37 percent. On inflation, it’s 28 percent; and on gas prices, it’s down to 27 percent approval.

And an ABC News/Washington Post poll released last month found Americans trust the GOP more than Democrats on inflation by 19 points and the economy overall by 14 points.

Democrats respond that it is still early and anything can happen. But as veteran strategist Doug Slotnick wrote in a memo to his fellow Democrats last month, time is running out:

Each of those presidents “suffered significant defeats and lost control of at least one branch of Congress” in the midterms.

And then there is the Democrats’ biggest challenge of all: Joe Biden himself.

“It’s partly because of all the very big, very negative news: Inflation! Pandemic! Ukraine! But also because Biden seems to be a hostage to current events,” Scala said.

There are not many rock-solid predictions that can be made in American politics, but here’s one: Joe Biden will not get a single day younger between now and November.