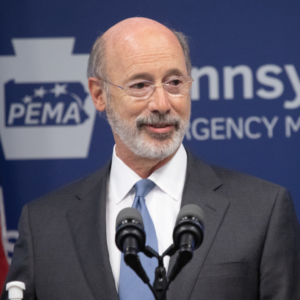 Thanks to Operation Warp Speed – President Trump’s groundbreaking vaccine development program – America is finally turning the corner in the fight against COVID-19. For many Pennsylvanians, Memorial Day Weekend marks the unofficial start of summer as businesses welcome crowds of visitors and get a head start on the busy season ahead.

This weekend holds a lot of promise for small businesses looking to make up for lost revenue and kickstart a summer of success. After more than a year of the government’s job-killing lockdowns, Pennsylvania’s small businesses and workers are ready for a boost.

Pennsylvania remains shuttered still, thanks to Governor Tom Wolf’s oppressive mandates. Just this week, Wolf doubled down on his affront to the Commonwealth’s local businesses by rejecting Pennsylvanians’ request for restrictions to be lifted by the Friday before Memorial Day weekend.

This is a slap in the face to Pennsylvanians, who have sacrificed too much and worked too hard throughout this crisis to deserve such dismissive treatment from Governor Wolf. And it couldn’t come at a worse time. Regardless of the spin from Governor Wolf and Democrats in Harrisburg, Pennsylvania’s economy is hurting. The Keystone State’s unemployment rate is hovering around 7.4% – well over a point above the national average; notably, that figure is nearly 3% higher than the average unemployment rate among states with Republican governors. In fact, Pennsylvania has an unemployment rate equal or higher than 42 out of 50 states.

This is an embarrassment and Governor Wolf ought to be held accountable for tanking the Keystone State’s economy. At the very least, he should be trying to fix the problem, not making it worse with extended lockdowns which reject scientific guidance at the expense of Pennsylvanians from Mercer to Milford. There is increasingly little evidence that lockdowns did an effective job of stemming the spread of COVID-19. Now that 70% of Pennsylvania adults have received at least one dose of a COVID-19 vaccine – with more shots going out each day—it’s time for us to move past this crisis and return to normal life. That starts with allowing our small businesses to thrive, serve their communities, replace lost jobs, and re-invigorate our economy.

Thankfully, recent political events in Pennsylvania point to a growing opposition to Governor Wolf’s unchecked, authoritarian approach to COVID-19 management. On May 19th, Pennsylvania voters became the first in the nation to limit their Governor’s emergency declaration powers amidst ongoing shutdowns. By voting yes on ballot questions 1 and 2, both of which pushed to limit Governor Wolf’s emergency powers, Pennsylvanians sent a clear and unambiguous message: Democrat leaders have gone too far in limiting personal freedoms under the guise of protection from COVID-19. Democrats nationwide should take notice as Pennsylvanians lead the way in pushing back on the gratuitous big-government decrees which have done so much damage to our nation over the past year.

Whether they’re extending pointless lockdowns, keeping schools closed, or wearing masks despite scientific guidance to the contrary, Democrats like Joe Biden, Kamala Harris, and Tom Wolf seem unwilling to admit that Americans are winning the fight against COVID-19. Instead, they are attempting to prolong the crisis to maintain political leverage to push divisive, far-left policies. Pennsylvanians have had enough. Governor Wolf’s recent decision is deeply unfair and disrespectful to his citizens. Thankfully, Pennsylvanians are fighting back with the full support of the Republican Party every step of the way. 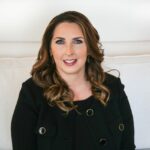 Ronna McDaniel is Chairwoman of the Republican National Committee.