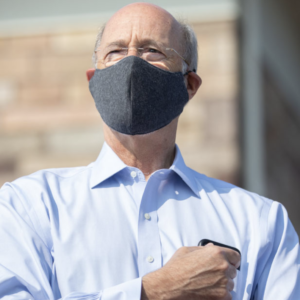 Since the COVID-19 pandemic swept into Pennsylvania, virtual learning has become the norm for most students.  Some school districts have adopted a hybrid learning model with limited instruction in person.  These challenges have led to hundreds of parents giving a closer look at charter schools.

Information provided to the Delaware Valley Journal by the PA Coalition of Public Charter Schools shows Wolf has only visited three charter schools since taking office in 2015, and none since 2017.  During the same period, Wolf has been hosted by 107 traditional public schools. Charter school advocates say Wolf’s absence isn’t from a lack of trying on their end.

“I invited the governor on multiple occasions,” said Jim Smith, CEO of Bear Creek Charter School in Luzerne County. “I visited his office last year and extended an invitation to him through whoever sits at his [Education] secretary’s desk. I’ve received just one response from his staff, in August of 2019, stating he was unavailable for a specific event, but to keep his office apprised. No response after that. Never came to visit.”

Lenny McAllister CEO of the PA Coalition of Public Charter Schools said, “Gov. Wolf views public charter schools as an irrelevant side issue aspect of the public school system in Pennsylvania.”  When asked how Wolf’s office responds to invitations from the charter community to attend a school and learn more about them, McAllister said they are met with “mostly silence.”

Wolf recently announced a new “Accountability Plan” aimed at charter schools, claiming it will save $226 million dollars per year. In an era when politicians in Harrisburg regularly tout ‘record-breaking’ education spending after every state budget is signed, cutting education funding —even for public charter schools — stands out.

In Harrisburg, the battle lines have been clearly drawn:  Charter school reform is regularly on the top of the wish list for the Pennsylvania State Education Association (PSEA), the state’s largest teacher union. The PA School Board Association has also expressed support for the governor’s cuts to charter school education.

School choice advocates, on the other hand, have come out in force to oppose it.

The governor’s visits to charter schools may have waned, but enrollment in charter schools has not. “Since the 2010-2011 school year Charter School enrollment is up 100 percent,” McAllister told the DVJ, “25,000 students have enrolled in the past year.” Wolf acknowledged this in his proposal announcement but did not share any plans to visit one of Pennsylvania’s Charter Schools, where 169,000 students are currently enrolled.

When it comes to the accountability Wolf says he’s seeking to add, Smith was quick to point out, “There are independent annual audits, Charter Annual Reporting, a reauthorization process every five years.  And the ultimate accountability – if charter schools were not delivering results, parents would not allow their children to attend and the charter school would fail/close.”

As for the savings, McAllister believes this will only add to education inequality for “tens of thousands of students.” State Representative Kail said the proposal, “cements the status quo for special interest in public education.”

The Governor’s Office didn’t respond to requests for comment from Delaware Valley Journal regarding his charter school visits.