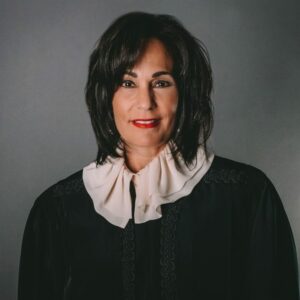 March 9 was the deadline for candidates seeking Judicial Office to file nomination petitions for ballot access. Statewide candidates needed 1,000 signatures from registered voters of their party, with at least 100 from five counties. Four statewide judicial seats are on the ballot, one Supreme Court, one Superior Court, and two Commonwealth Court seats. Democrats and Republicans will have some decisions to make at the May 18 primary before the November 2 General Election.

The top race in 2021 is the single vacancy on the Pennsylvania Supreme Court. Repeated rulings against the GOP over contentious issues in 2020 turned the high court into a source of scorn for Republicans. It struck down lawsuits challenging Gov. Wolf’s emergency powers amid the pandemic and issued rulings on the 2020 election process that, critics said, reached far beyond the scope of existing law.

While the balance of power on the court does not tip during this election, it could end up a 6-1 majority for Democrats, essentially creating generational Democratic control.

“It is imperative a Republican wins the Supreme Court,” said Charlie Gerow, a veteran GOP operative. “The only way we can win the court back from the three-justice-seat loss in 2015 is by winning this seat first. It is equally imperative we get justices who will interpret the laws, not make it up from the bench.”

The Supreme Court race for the Democrats won’t be much of a race at all. Superior Court Judge Maria McLaughlin, the endorsed Democrat candidate, was the only person to file with the Department of State. Judge McLaughlin of Philadelphia was first elected to the Superior Court in 2017, gaining the most votes in four open positions. She previously served as a judge in the Philadelphia Court of Common Pleas from 2011 to 2017 and worked in the Philadelphia District Attorney’s Office from 1992 until 2011. She is married to former long-time Philadelphia City Controller, Jonathan Saidel.

On February 6, Brobson received the endorsement of the state Republican Party, traditionally a free pass for the primary. However, he will face two opponents, one from each end of the state.

Judge Paula Patrick has served on the Philadelphia Court of Common Pleas since 2003. Initially elected a Democrat, Judge Patrick switched parties after she felt her beliefs and positions aligned better with the Republicans. This will mark the third time Patrick has sought statewide office.  She first ran unsuccessfully for the Superior Court in 2011 without the GOP’s endorsement. Her second race for Superior Court in 2017 included the state party nod, but she placed last in a field of five candidates with four open seats. Her third run will once again be without an official Republican endorsement, but with a more seasoned candidate ready to hit the campaign trail.

Rounding out the Republican field is Commonwealth Court Judge Patricia McCullough. She was first elected in 2009 alongside her opponent Judge Brobson. Her 2009 primary campaign, much like her current campaign, was against the Republican endorsement.  Before her time on the bench, Judge McCullough was a private practice attorney, Executive Director of the Catholic Charities Diocese of Pittsburgh, and an Allegheny County Court of Common Pleas Judge. Judge McCullough handed President Trump one of his few judicial wins in 2020 when she ruled in favor of one of the Trump campaign’s lawsuits related to mail-in ballots, a decision later overturned by Pennsylvania’s Supreme Court.  In 2015, Judge McCullough’s husband, former Allegheny County Councilman Charles McCullough, was convicted of theft for writing checks from a former client’s estate. They included political contributions and a donation to Catholic Charities where Judge McCullough was employed at the time. In February the state Supreme Court denied an ongoing appeal filed by McCullough. He will now likely face 2.5 to five years in prison.

In other important judicial elections, the Pennsylvania Superior Court is the oldest of the Commonwealth’s two appellate courts sitting below the Supreme Court. It was established in 1895 and hears mostly civil and criminal cases appealed from the county level. The Court is comprised of 15 Judges who after their first “top vote-getter” election, face a retention vote every 10 years.  There are currently seven Democrats and seven Republicans serving on the court. Most cases are heard by a panel of three judges.

A vacancy exists because Judge Emeritus Susan Gantman, who won her first statewide race by 28 votes in 2003, reached the mandatory retirement age of 75.

Republican Megan Sullivan Kampf, a former prosecutor from Chester County, won the Republican endorsement as the lone Republican candidate. The Democrats will have three choices on the ballot for a race in which the state party chose not to make an endorsement. Jill Lipman Beck, a former nonprofit attorney, and clerk to state Supreme Court Justice Christine Donohue, of Allegheny County, has filed her nomination petitions. Philadelphia Common Pleas Judge Timika Lane has also filed her nomination petitions. In addition to serving on the Philadelphia Common Pleas court since 2013, she was also legal counsel to Philadelphia state Senator Anthony Williams and a public-school teacher. Bryan Neft, a private practice attorney from Allegheny County, has also filed nomination petitions.

The Pennsylvania Commonwealth Court was established by the 1968 Pennsylvania Constitution and is comprised of nine judges. Cases before the court typically include appeals to the decision of a state agency, elections issues, labor law, and land use issues. Two vacancies exist on the court. The first is from Judge Mary Leavitt, a Republican, reaching the mandatory retirement age of 75. The second will feature an incumbent judge who will face the voters for the first time. Judge J. Andrew Crompton was appointed by Gov. Wolf and confirmed by the Republican Senate to finish the vacated term of Judge Robert Simpson. With Judge Crompton, the court now stands at six Republicans to two Democrats.

Endorsed Republican candidates Judge J. Andrew Crompton and Stacy Wallace are unopposed in their bids. Judge Crompton was appointed to the court in 2020 after a 26-year career in the state senate. His last post was a Republican counsel and chief of staff to former Senate President Pro-tempore Joe Scarnati.  Judge Crompton resides in Cumberland County. Wallace is an attorney from McKean County who has never run for statewide office. A former judicial clerk whose professional practice covers a wide range of issues, she hopes to continue the two-year streak of Republican women winning statewide office.

While candidates for an open seat in a non-special election are required to file nomination petitions, it does not necessarily mean the candidate will appear on the May 18 ballot. Candidates have until March 24 to withdraw their names from consideration if they wish. There is also a brief petition challenge period when a candidate’s candidacy can be challenged. Challenges typically include issues such as non-registered voters, registered voters of the wrong party, or forged signatures included in the minimum required signatures filed. Residency requirements, issues with the candidate affidavit, or issues with the required ethics filings can also be grounds for removal.

Several such challenges were successfully filed in 2020, the most high profile was the removal of the Green Party’s candidate for president.