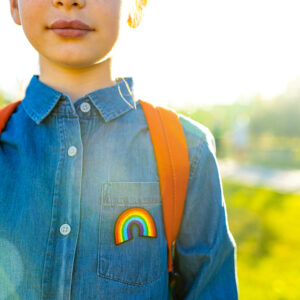 Some Delaware Valley parents and teachers have raised the alarm over school districts that require teachers and guidance counselors to keep it secret from parents when students take steps to change their gender while at school.

In addition to disclosing to parents when their children request to be treated as a member of the opposite gender, Pennsylvania Senate Bill 1278 would also stop schools from talking to students in pre-K through fifth grade about sexual orientation and gender identity. For sixth grade through high school, it would be in an age-appropriate manner.

State Sen. Scott Martin (R-Strasburg), chair of the education committee and a sponsor of the bill said, “Sen. (Ryan) Aument (R-Lititz) and I introduced the Empowering Families in Education Act after receiving many contacts from parents around the commonwealth about age-inappropriate discussions that were taking place in school. It is my belief that young children should not have conversations about gender identity or sexual orientation while at school.

“I understand that some of these conversations occur organically and are a result of student engagement. But some are intentional, led by the teacher and without the consent of the parents, and sometimes without the school district even knowing,” Martin said. “We have provided just some examples on our websites, including classroom presentations to first graders about gender dysphoria or another example related to gender transitioning videos, all without parental consent, and in some cases, not even known by the school districts.

“There are even cases of school administrators instructing teachers not to communicate things with the parents, even though there was no legitimate reason to not do so. This is wrong, and our legislation will prevent that from occurring,” he added.

“In addition, the current state standards don’t call for any type of sex education until at least 6th grade,” Martin said.  “As it relates to providing critical exemptions to parental notification requirements, this can only be done if it can be reasonably demonstrated that doing so would result in abuse or abandonment of a minor and allows parents to take legal action against a school district that fails to comply with these requirements.”

Also, parents should be notified if their children are receiving special services, he added.

After a whistleblower teacher in the Great Valley School District spoke to Delaware Valley Journal about not being allowed to talk to parents about their children assuming a different gender in school, parents complained to the school board.

Bruce Chambers, a former GVSB president, says he thinks the bill has a loophole that would let school officials continue with secrecy for transgender students.

“The loophole in the bill is the same ‘excuse’ that the school district staff has used in the past,” Chambers said. “They believe they should protect the child from possible mistreatment or abuse by keeping the information from the parents.  That has always been the reason they have adopted the secrecy policy. However, it is a bogus excuse.”

School personnel are already required to report abuse under the law.

If that clause is in the bill, “It will give the school district employees a loophole to continue with the secret meetings and continue to hide information from parents,” Chambers said.

Sen. Carolyn Comitta (D-West Chester), also on the education committee, opposes the bill as “a distraction from the real issues facing public education in Pennsylvania, including adequate funding for schools and students who continue to deal with the impacts of the pandemic.”

The bill had been pulled once before, she said.

“Across the nation, there is an organized and ongoing effort to stigmatize the LGBTQ community, including LGBTQ youth and students, through similar bills,” Comitta said. “The governor has already indicated that he plans to veto this type of discriminatory legislation. As we approach the budget deadline, it is time to prioritize the real issues at stake instead of divisive and partisan-driven rhetoric. With more than $2 billion in federal American Rescue Plan and a multi-billion-dollar budget surplus on hand. We have a golden opportunity to make positive change in the lives of students and families. That’s what we should be focused on.”