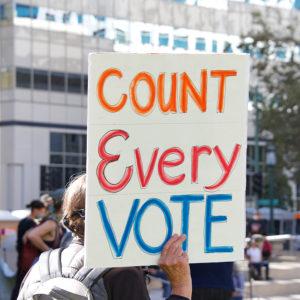 Goldstein: How We Know Who Wins Elections, and Why It Matters

By now, we know the story of the 2020 election. One with heroes and villains. Laudatory tales and vile conspiracies. And, most importantly, a fog that obscured the winner for days.

In a normal year, we tune into the news on election night to learn who won and who lost. Only, as 2020 has taught us, nothing about this year is normal. Sometimes determining winners and losers is not that simple.

Clarity in election results based on trust in the process is paramount. Not only do we need to know who the winner is, but both victor and loser must know the results were delivered fairly and transparently. This year our trust and faith were tested.

The reason is that Pennsylvania’s system is broken, but not necessarily because of widespread fraud.

More than 80 years after enactment, our Election Code is showing its age. Today, the code is immensely complex with decades of barnacles clinging to it in the form of modifications to our statutes and years of often conflicting interpretations by our courts.

Making matters worse, the Election Code imposes complicated requirements on voters, who often submit provisional or absentee ballots with defects that threaten to invalidate their votes. With the pandemic-induced popularity of mail-in ballots, these problems metastasized.

And as the process of counting these ballots extended for days and even weeks, candidates had to decide whether to challenge mail-in and provisional ballots based upon deficiencies under the Election Code requirements.

As many are now aware, the Election Code requires that mail-in ballots be placed in a sealed secrecy envelope then in an outer envelope that’s filled out, signed and dated by the voter. If voters request a mail-in ballot but opt instead to vote in person, they must vote via provisional ballot.

First, they must implement a simple, clear and absolute method of validating votes. Ballots must be redesigned to ensure ease of access for all Pennsylvanians, regardless of literacy levels.

Lawmakers must amend the Election Code to unambiguously outline the validation requirements that, if missing, will remove ballots from consideration. These requirements should be few — the minimum required to confirm the prospective voter is eligible, properly registered and who he or she purports to be.

Second, lawmakers must legislatively remove from election officials the discretion to change rules close to Election Day. Perhaps, any discretion granted should only be exercised no closer than 90 days before the election. Or, any changes made during a calendar year cannot take effect until the following year.

Such clarity will guarantee voters confidence that as Election Day approaches, the rules won’t suddenly change in a way that undermines voter confidence.

Third, counties should utilize uniform equipment, receive uniform training and have a uniform system for challenging questionable ballots, including well enforced deadlines. Currently, each county can use different machines, methods, and systems. This makes it difficult to efficiently and uniformly supervise counting from county to county.

For example, if a ballot is challenged, county election officials may count it. Only later is that ballot removed from the count if a court disqualifies it. This breeds distrust and wastes valuable time and resources.

Finally, to uphold uniformity, lawmakers should prohibit local and municipal government entities from settling election-related lawsuits on terms that would change state-level rules and should prevent counties from receiving outside grants of money, personnel or equipment to support election infrastructure. Only the General Assembly should allocate funds — adequate funds — to run Pennsylvania’s elections.

Such reforms are expansive but critical.

Our Election Code requires a muscular rebuild, not merely patchwork changes. Lawmakers must include a statement of purpose explaining they intend to redesign the body of law to ensure equal access and guarantee clarity, consistency and transparency.

This must involve statutory language to clarify when “shall” means “shall” and when “may” means “may” so courts do not have to guess at what the General Assembly wants.

What’s not an option is a repeat of this year, where last minute switch and reversals bred angst among elections officials, uncertainty among voters and distrust among many in the integrity of our elections. 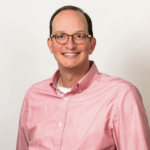 Jonathan Goldstein is a founding partner of Goldstein Law Partners and also owns a number of small manufacturing companies across Pennsylvania.