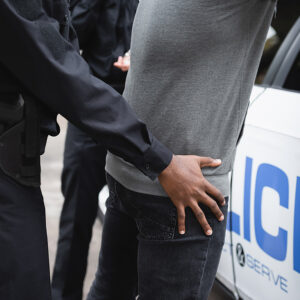 GILDEA: Stop-and-Frisk: An Ineffectual and Invasive Practice in Policing

Chester County high school students Natalie Gildea, Christopher Goodrich, and Shivam Shetye were selected as winners of the Future of Freedom Essay Contest sponsored by the Libertarian Party of Chester County. Winners were awarded certificates and cash awards after their announcement at the June meeting of the LPCC. Below is the first place essay by Natalie Gildea.

Recent discussions about the role of police power in the United States has taken center stage over the past year, with many arguing that continual police presence is necessary to contain illegal activity and decrease crime rates. However, some of the tactics police use are excessive infringements upon the rights of American citizens, and some of them even fail to effectively decrease violent crime. One common example is the “stop-and-frisk” practice common in urban policing, authorized in the U.S. Supreme Court’s decision in Terry v. Ohio. Although this policy is still in practice in most American cities, it should be abolished due to its inability to limit crime, the impossibility of implementing it fairly, and its intrusion upon the rights of Americans.

Even if stop-and-frisk policies respected American liberties, they fail to substantially decrease crime. A University of Pennsylvania study found that although greater police presence in New York City reduced crime rates, the officers’ extensive use of stop-and-frisk was not related to the observed decrease in crime. If police departments favored more focused and investigative solutions for limiting crime, they could effectively keep cities safe rather than conducting stops where it is difficult to find strong evidence of suspicion.

More importantly, the policy’s definition of “reasonable suspicion” has not been sufficiently defined to prevent stops of people on baseless observations, making it impossible to implement without error or bias causing violations of rights. According to the Center for Constitutional Rights, the New York Police Department failed to completely avoid making suspicionless stops despite its agreement to keep data on how stops-and-frisks were conducted. Moreover, any possible biases that police may have—even minimal ones—may contribute to finding suspicion in a disproportionate number of people from certain races or groups and failing to find it in others. Thus, impartially and reasonably using this tactic to prevent crime is impossible; it will inevitably abandon the principles of equal treatment written into American law.

The fact that stops-and-frisks have such clear potential to trammel the natural freedoms of the people makes this policy an excessive infringement upon the lives of Americans; thus, it is unacceptable in national law regardless of its effects. For example, in Floyd v. City of New York, NYPD stop-and-frisk practices were found to violate the Fourth Amendment. Upon observation of the circumstances of the case, however, this result seems inevitable in any region where police have implemented this policy due to lack of criteria for a “reasonable” search. The abuses of power that can arise—and have arisen—from routine stops-and-frisks cannot be tolerated in a nation that prioritizes protecting personal liberties.

Eliminating the power in policing to stop and frisk individuals is necessary to not only focus law enforcement efforts on efficient methods for reducing crime, but also to prevent the breaches of personal freedom that it has caused. The goal of policing should be protecting the people, rather than concentrating power in systems that can easily use it to infringe upon American values of liberty and independence.