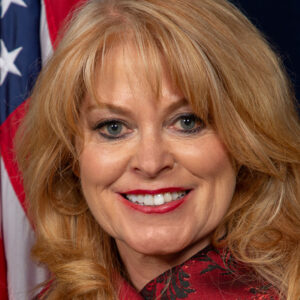 After news broke that Ben & Jerry’s (now owned by corporate conglomerate Unilver) was refusing to license its product for sale in East Jerusalem and Israeli communities on the West Bank, state Rep. Aaron Kaufer (R-Luzerne) wrote Garrity, Shapiro, and Wolf asking them to invoke the 2016 law.

“We have legislation that we’ve passed in Pennsylvania to prevent us from entering into contracts with companies that boycott, divest or sanction (BDS) against Israel,” Kaufer told Delaware Valley Journal during a podcast interview. “Now I saw it as an opportunity for us to step up and to assert our legislative authority and our laws here in Pennsylvania, especially when there’s such a major attack of anti-Semitism. Sometimes you feel like there’s nothing you can do with what’s happening and sort of the national narrative and the growing anti-Semitism across the world.

“But this was something that I felt we could do.”

Both Garrity and Shapiro responded promptly.

“BDS is rooted in antisemitism,” Shapiro wrote in a statement to Kaufer. “The stated goal of this amorphous movement is the removal of Jewish citizens from the region and I strongly oppose their efforts. Governor Wolf rightfully signed a bill five years ago which passed with broad bipartisan support to prevent the stain of BDS from taking hold in Pennsylvania. I expect Commonwealth agencies with jurisdiction to enforce the Act.”

“I applaud Rep. Kaufer for bringing public attention to this issue. As the General Assembly stated in Act 163 of 2016, Israel is America’s dependable, democratic ally – and it is in the interest of the United States and Pennsylvania to stand with Israel by promoting trade and commerce, and to discourage policies that disregard that interest. Treasury will continue to thoroughly review every disbursement to ensure that Act 163 is followed.”

And although Wolf signed the anti-BDS legislation into law, his office had not responded to either Rep. Kaufer or DVJournal’s request for comment late Wednesday afternoon.

The issue has entered the Pennsylvania U.S. Senate race. Jeff Bartos, a Republican candidate from Montgomery County, fired a shot across the bow of far-left Democrats who might support the boycott.

In an interview on Wednesday, Bartos told DVJournal he supports Pennsylvania taking action against Ben & Jerry’s and blames progressive politics for the problem.

“And this is where it hits the streets. Remember in May, people going around Los Angeles, Florida, New York, asking ‘Where are the Jews? Where are the Jews?’ Attacking Jewish people for being Jewish in the United States of America in 2021?” Bartos asked.

“And so I say this all the time, good people of all political parties, all people who love religious freedom, religious liberty, and that is most Americans, need to stand up with one voice and say, ‘Enough.'”

A spokesman for Republican Sean Parnell, who is also running for the Senate, said, “Sean has always stood with Israel and always will.”

Meanwhile, Garrity’s office says they will move forward on enforcing the anti-BDS law.

“Section 1502 of the Fiscal Code establishes Treasury’s pre-audit authority. Treasury is required to ensure that all monetary disbursements of the Commonwealth are authorized, accurate, and in compliance with applicable statutes, regulations, and management policies. Obviously, that includes Act 163 of 2016, which prohibits state agencies, or affiliates, from contracting with companies engaged in a boycott of Israel,” Press Secretary Samantha Galvez said in a statement.