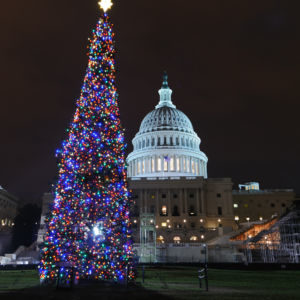 GARRITY: Congress Should Act Now to Help Six Million Americans with Disabilities – Including One Million Veterans

This month, Congress has the chance to greatly benefit the lives of six million Americans with disabilities, including one million veterans, by passing the ABLE Age Adjustment Act.

This simple, straightforward legislation – which has amazing bipartisan support – will provide financial empowerment and increased independence for millions of Americans with disabilities. I urge Congressional leaders to bring it up for a vote before the current legislative session ends.

Pennsylvania’s Democratic Sen. Bob Casey, who sponsored the original Achieving a Better Life Experience (ABLE) Act of 2014, introduced the ABLE Age Adjustment Act to expand access to this life-changing savings program. It’s cosponsored by Sen. Pat Toomey (R-Pa.), and the House version is cosponsored by 17 of the 18 members in Pennsylvania’s delegation. As the inaugural Chair of the ABLE Savings Plan Network, I’m proud that Pennsylvania’s representatives in Washington, D.C., are so supportive.

Here’s why we need this bill to become law: ABLE account owners can save and increase their financial security without impacting their Supplemental Security Income, Medical Assistance and other vital means-tested benefits. In addition, like 529 plans for education expenses, ABLE accounts offer tax advantages to those saving for qualifying disability-related expenses, including housing, healthcare, financial services, education, and more.

The original ABLE law – which authorized Pennsylvania to create PA ABLE in 2016, with key support from state Sen. Lisa Baker (R-Luzerne) and former state Rep. Bernie O’Neill (R-Philadelphia)– allowed millions of people with disabilities nationwide to save in a way that was previously impossible.

But right now, federal law limits ABLE eligibility to individuals whose qualifying disability was diagnosed before age 26. The ABLE Age Adjustment Act would increase the age limit to 46.

It’s a simple change – but the impact will be profound.

The ABLE Age Adjustment Act will give an additional six million Americans – including one million veterans – access to these savings accounts to help them build a more secure future for themselves and live more independently.

As a veteran myself, I know firsthand that access to ABLE accounts will be tremendously helpful for our selfless, patriotic heroes who have sacrificed so much for our great country. Many of their disabilities occur after age 26 as a direct result of their dedication to the mission of protecting every one of us, their friends and neighbors.

ABLE empowers people with disabilities and their families. Here in Pennsylvania, more than 7,000 PA ABLE account owners have saved more than $77 million over the program’s first five years. The value of this program is undeniable, and the ABLE Age Adjustment Act would make it even better.

Giving more people the opportunity to save with ABLE is the right thing to do. It’s time to make it happen.

Stacy Garrity is the Treasurer for the Commonwealth of Pennsylvania and a retired Army Reserve Colonel with decorated service on the battlefields of Iraq.