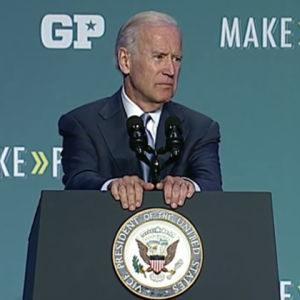 When I told my mom in my senior year at the US Naval Academy that I’d be defusing bombs for a living, she wasn’t pleased.  In the following seven years I spent as an Explosive Ordnance Disposal (EOD) commander, I learned a lot.  Perhaps the most useful was that in the face of crises, the first rule in making things better is oftentimes to prevent them from getting worse.

Despite the widespread recognition of a country in crisis, we can’t seem to make things better.  Why?  Because our Congressional Representatives and other elected officials continue to break the first rule of crisis management.  They are making things worse.

Perhaps nothing displays this more clearly than the US economy.  Last year millions of Americans were put out of work.  The unemployment rate reached a level unseen since the Great Depression.

The fissures in our economy were laid bare.  A small but well-credentialed segment of folks able to work remotely and who had accumulated savings weathered the storm.  The vast majority of average Americans, single parents, families struggling to make ends meet, and those employed in industries unsuited for remote work had their lives upended.

For decades before the pandemic, we experienced a loss of middle-class employment concentrated in the manufacturing sector and other industries critical to supply chains.  When international trade and the flow of goods halted, we were suddenly staring down a national shortage of essential items.

We had a crisis on our hands.  We needed leadership focused on taking smart economic steps before all else: opening businesses, getting people back to work, helping small businesses and entrepreneurs get back on their feet, and implementing policies to aid Main Street.  In other words, we needed to prevent things from getting worse.

We got something different.  The Biden Administration proposed $6 trillion in spending in its first 100 days, a large majority of which was focused on projects unlikely to bear economic fruit for years to come.  Ideological priorities were promoted under a banner of “build back better.”  A catchy tag line and giant sticker price were intended to convince the country that bold action was being taken and that help was on the way.

Here’s the problem.  It wasn’t.  It still isn’t.  Arguing interminably about projects that won’t be completed for years does nothing for the mother and father who need help securing wage and productivity-enhancing employment today.

Dis-incentivizing re-entry of the labor force by maintaining generous unemployment benefits and creating new entitlements, despite a now chronic shortage of labor across countless industries, does nothing to hasten a rebound of businesses that need it.

Endlessly bickering over partisan spending priorities does nothing to revitalize American manufacturing and other sectors of the economy that require it now.

On top of the lack of action to make an immediate difference in the lives of those who need it, flooding the economy with new spending has simply compounded the problem.

When the government finances deficit spending through monetary creation, the value of the dollar decreases and prices rise.  To no surprise, because of congressional and presidential action, working Americans have seen the price of goods and services like groceries and gas increase every month since President Biden has been in office.  For folks living on a shoestring budget, this is a de facto tax increase and a financial crisis we could have avoided.

If President Biden, a Democratic House, and a Democratic Senate have their way, we will see even more spending as they work to pass their agenda at any cost.  Additionally, if Congress continues to fail to meaningfully aid small businesses that would otherwise alleviate supply chain issues also contributing to inflation, average Americans will continue to face higher costs of living.

It might seem odd to compare economic policy with handling explosives but cutting or bridging the wrong wires in either case will produce catastrophic results.

Moving forward, we must insulate as many Americans as possible from further economic harm through commonsense policy that doesn’t require historic levels of spending.  We must also find ways to keep the economy open while preserving public health amidst the continuation of the pandemic.  Putting away our ultra-partisan politics and focusing on solutions to sustainably help those who need it must be our priority.

As we have seen, inflation and misguided economic policy won’t only impact gas and grocery prices, but savings, interest rates, pensions, home prices, and a host of other factors.  Americans still reeling from the destruction of COVID-19 need calm waters, not an economic tsunami.  For the good of our country, let’s stop setting off bombs and start defusing them.

Dave Galluch is a candidate for U.S. Congress in Pennsylvania’s 5th District (Delaware County) in 2022. He resides in Newtown Square with his wife, Caroline, and two dogs, Kevin and Petunia. Dave is a graduate of the US Naval Academy and the University of Cambridge. He currently works for the Comcast Corporation in Philadelphia.