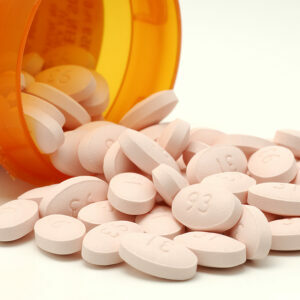 Most of the focus on government policy during the COVID-19 pandemic has focused on the various steps—and often missteps—of the Centers for Disease Control and Prevention (CDC) and Food and Drug Administration (FDA). Yet behind the scenes lurks another governmental actor that may have an ever-larger influence over pharmaceutical development in the United States: The Federal Trade Commission (FTC), which regulates competitive practices and oversees merger activity.

President Joe Biden came into office promising more aggressive enforcement of antitrust laws, appointing the young progressive Lina Khan as FTC chair to spearhead the effort. Among the first targets of her skeptical gaze is the pharmaceutical industry, which has already become the subject of a multilateral Task Force investigation that includes not only the FTC, Department of Justice, and state attorneys general, but also foreign competition enforcement agencies from Canada, the United Kingdom, and the European Union.

This progressive saber-rattling against “Big Pharma” could harm pharmaceutical innovation, undermine the global competitiveness of the U.S. pharmaceutical industry, and threaten the lives of Americans.

As we have learned during the pandemic, the invention of beneficial pharmaceuticals is often the easy part. Consider the invention of COVID-19 vaccines: The genetic code was deciphered within weeks of the coronavirus’ discovery in January 2020 and the first vaccines were ready to be tested just weeks later.

Why, then, did those vaccines not end up in people’s arms until the late fall of that year? The answer is simple: Months of testing, manufacturing, regulatory approval, clinical trials, and distribution challenges, including a bewildering array of supply-chain challenges. According to the Congressional Budget Office, bringing a new drug to market may cost up to $2 billion per drug, once all of the costs associated with development, regulatory approval, and clinical trials are added up.

The example of COVID-19 vaccines illustrates the key point: Solving the challenge of inventing a new drug is distinct from those of manufacturing, distribution, and regulatory approval. Moreover, even under the best circumstances, the development of new drugs is financially risky, as only about 12 percent of drugs that enter clinical trials are eventually approved for FDA introduction. This creates challenges for smaller firms in the marketplace that cannot diversify their investments easily.

While overzealous antitrust enforcement, which chills competition and innovation, is always a danger, that concern is especially warranted in light of the unique complexities of the pharmaceutical industry.

Beyond the boilerplate mantra of “big is bad” (or, at least, suspicious), the FTC hasn’t even identified any tangible harms to consumers or competition that has raised its concern. Pharmaceutical innovation has boomed over the past decade. From 2008 to 2010, an average of approximately 24 new drugs per year were approved by the FDA’s Center for Drug Evaluation and Research. Between 2018 and 2020, by contrast, that number more than doubled to an average annual rate of 53 new drug approvals per year.

Over the past decade, spending on research and development grew much faster in the pharmaceutical industry than in others and is expected to remain stable moving forward. As the extraordinary outpouring of new vaccines and other therapeutic treatments for the coronavirus have shown, there is extraordinary innovation in the pharmaceutical industry.

Moreover, despite occasional mergers and other activities, competition remains robust in the industry. While established industry giants like Johnson & Johnson and Pfizer obviously played large roles in vaccine development, Moderna was a little-known startup just a few years ago and Pfizer partnered with the small German firm BioNtech to develop its vaccine. The biotech and pharmaceutical industries set a new record for venture capital financing in 2021, raising more money in the first three quarters of 2021 than all of 2020. The pharmaceutical market remains dynamic and open to entry.

Concerns about the potential negative effects on consumers, innovation, and competition have been around since at least the early 2000s when I was an FTC senior staffer. At that time, Chairman Timothy Muris established important economic and legal principles for evaluating pharmaceutical mergers that remain relevant today. As he observed, pharmaceutical mergers can often promote not only innovation but actually accelerate the speed with which new treatments get to market.

Given that patients’ lives literally hang in the balance from its decisions, the FTC should be vigilant to ensure that its merger policy is grounded in sound law and economics—not politics.

Todd Zywicki is George Mason University Foundation Professor of Law and research fellow at the Law and Economics Center. He previously served as Director of the FTC’s Office of Policy Planning. He wrote this for InsideSources.com.